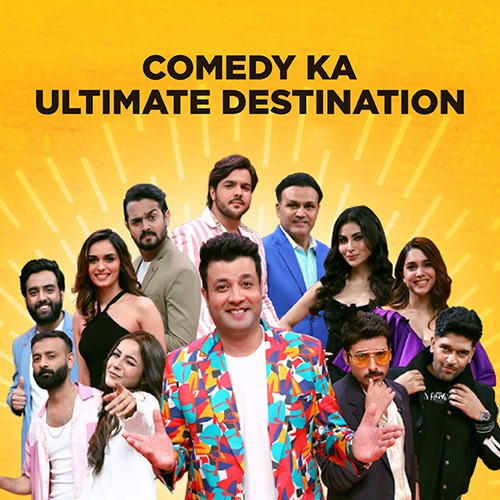 The new season will once again provide fun and humour powered by star-studded cast. In recent years, the show has become the buzz of the town among comedy shows. With a brand new concept Bingo! Comedy Adda Season 2 is jam-packed with all-around entertainment, creating newer benchmarks of creative partnerships in the entertainment sector, enthuse viewers, and taking the programme to a larger audience. The show will be broadcast on Disney Star Channels every Sunday starting from 2nd October and will go on till 6th November 2022. It will also be available on Bingo snacks YouTube page.

Bingo! Comedy Adda will be hosted by Varun Sharma and will also include renowned celebrity guests with an interesting line up that will strike a chord with the GenZs. Prominent names like Virender Sehwag, Mouni Roy, Shehnaaz Gill, Yashraj Mukhate, Guru Randhawa, Sharwari Wagh, Divyendu, Manushi Chillar, and stars of social media like Bhuvan Bam, Beyounick, Ashish Chanchlani will be an integral part of season 2. The show will also have a special stand-up comedy segment ‘Original Style Stand Up Comedy’ with the who’s who of stand-up comedy like Devesh Dixit, Gaurav Kapoor, Ravi Gupta, Vinay Sharma, Gaurav Gupta, Nishant Tanwar & Abhijeet Ganguly. These celebrities will enhance the show with their outstanding comic timing and punchlines.

Bingo! Comedy Adda, since its inception in 2017 has received encouraging response and has emerged as a well recognized comedy show. The concept has been reworked and expanded into a full-fledged show, brimming with all-around entertainment, setting new industry benchmarks for creative partnerships, and engaging a wider audience.

Bingo!. Bingo Comedy Adda has always held a special place in the hearts of the audience thanks to the outstanding comedic history it has collected over time. The uniqueness of the show lies in the amalgamation of famous personalities – Bollywood celebrities & digital content creators; with fun filled comedy shows that an entire family can enjoy together. The diversity of the content of the shows adds to its zing. In Bingo! Comedy Adda Season 2, we have new characters, tales, a new setup, and new talent this time. We hope season after season, the show’s devoted fan base simply gets bigger and bigger. With this specially curated enthralling content, viewers are surely going to be left craving for more, just as is the case when they consume their favorite Bingo! snacks.”

Pilgrims to start Chardham Yatra only after checking registration availability!