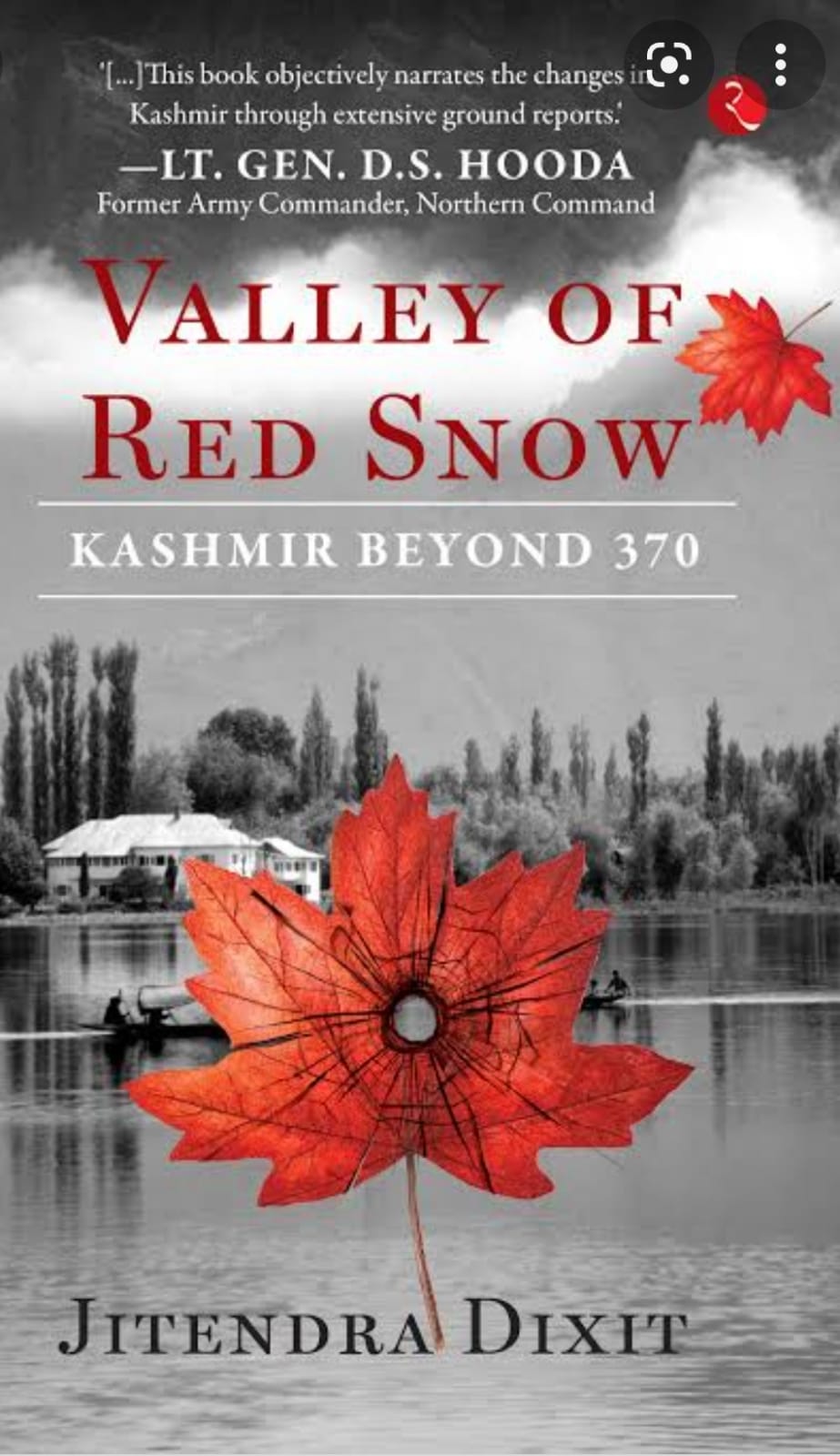 Valley of Red Snow: Kashmir Beyond 370 looks at the developments in the Kashmir Valley post the abrogation of Article 370 of the Indian constitution and the bifurcation of the state. Authored by the senior broadcast journalist Jitendra Dixit, the book was recently launched at the Mumbai Press Club by veteran film-maker and activist Ashoke Pandit and the Press Club’s chairman Gurbir Singh, who was part of the three members’ fact-finding committee appointed by the Press Council of India to investigate the complaints of atrocities against Kashmiri journalists.
On 5 August 2019, Article 370 of the Indian constitution, which gave Jammu & Kashmir (J&K) special status, was abrogated. J&K became a union territory. The Ladakh region was separated and made an independent union territory. These landmark decisions in the history of Kashmir were preceded by a series of political and social events over the seven decades since Independence. What forces led to the abrogation? What were its consequences on the people of J&K? What was their reaction to it? What does the future hold?
Valley of Red Snow seeks to answer these questions and also presents an unprejudiced, non-judgemental and comprehensive story of how Kashmir is changing after one of the biggest government decisions in the history of independent India.
This book narrates the events from the years preceding the historic decisions, and the immediate situation in Kashmir at the time of the abrogation and presents the voices of various stakeholders in the Valley with extensive interviews. It chronicles the momentous events of the Valley in the last decade as witnessed by the author and offers insights on ‘New Kashmir’.
There is a comprehensive chapter on Kashmiri Pandits which enunciates their hopes, aspirations, expectations and fears. The author reached out to various sets of Kashmiri Pandits varying from those staying in refugee camps at Jammu, those resettled in government colonies in Kashmir Valley, and those who have relocated to other parts of India as well as those who didn’t leave the Valley during the 1990’s exodus.
Published by Rupa Publications India, this is one of the first books to narrate the developments in Kashmir after the decisions of August 2019.

Jitendra Dixit, the author of the book is the West India editor of ABP Network and specializes in reporting on conflicts and calamities. He has filed ground reports of every momentous event in the Valley during the past decade which includes the 2014 assembly elections, the formation of the PDP-BJP government, the Pulwama attack and the abrogation of Article 370. Valley of Red Snow is his fourth book.