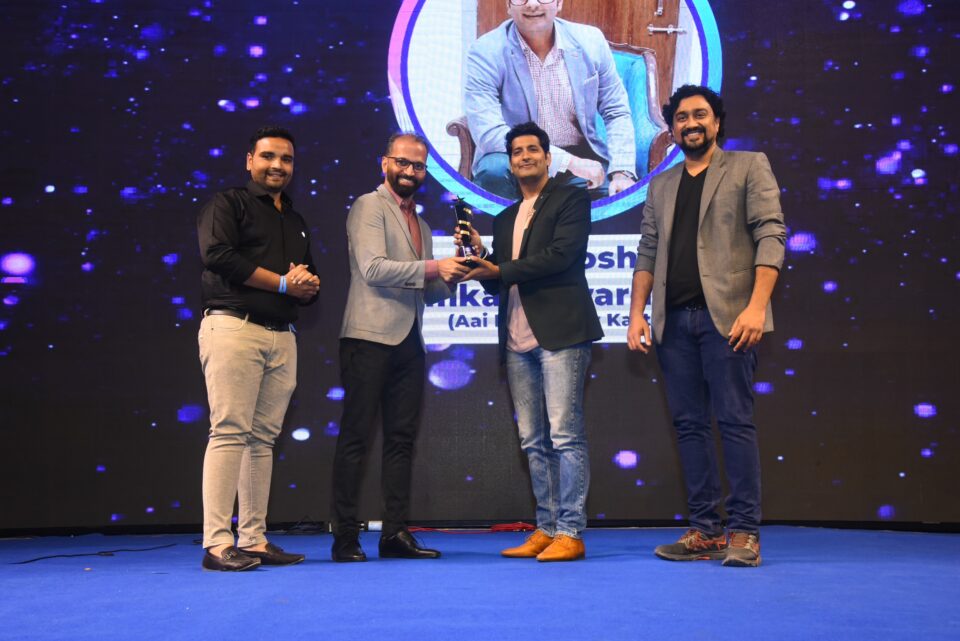 National, 19th December 2022: Celebrating the finest of the Marathi television industry, BIG FM hosted the second edition of the BIG Marathi Entertainment Awards in a grand manner. The extravagant evening was replete with glitz, glamour and prolific talent as it witnessed some of the biggest names from the Marathi television industry sashay down the blue carpet. Surpassing the number of votes received in its maiden edition, a whopping 1.75 lakh votes were recorded by the radio network. RJ Bandya entertained the audiences as he donned the host’s hat making it an evening to remember.

Delivering performances par excellence, actor Prashant Damle won the ‘Drama Special Award’. The multi-talented, Avdhoot Gupte was bestowed with the award of ‘BIG Most Talented Artist of the Year’. Carving a name for himself as an actor essaying versatile roles, Siddharth Jadhav received the ‘BIG Powerful Versatile Actor of the Year Award’ and charming audiences with her hard-hitting roles Sonalee Kulkarni won the ‘BIG Impactful Performer of the Year’.

Speaking about the awards, Sunil Kumaran, COO, BIG FM said, “We are thrilled to host the BIG Marathi Entertainment Awards on-ground for the first time this year. We are really happy to felicitate these incredible talents in-person who have been entertaining the viewers with their amazing performances. The engagement that we received from the listeners’ voting for their favourite artists has been spectacular and stands as a true testament towards the engagement the platform was able to garner. We wish many congratulations to the winners and hope to see them for more seasons to come.”

RJ Bandya shared, “I am glad to have been presented with the opportunity to host the show on-ground for the first time and be a part of the celebrations along with the winners. I am also happy to witness the overwhelming response that we have received from our listeners and the appreciation they hold towards their favourite artists. A big congratulations to all the winners and nominees and a bigger thank you to the audience for making the event an absolute success.”

The BIG Marathi Entertainment Awards witnessed the best of talents from across categories come together to celebrate an evening of artistic brilliance in the Marathi television Industry. The awards were extensively promoted on air, digital and across all platforms of BIG FM. The awards will be telecasted on Zee 24 Taas in January 2023.

BIG FM, one of India’s largest radio networks with 58 stations, reaches 1.9K towns and 1.2 Lacs villages and over 34 Crore Indians across the country. BIG FM has evolved with the changing times. With the new positioning, BIG FM plays a meaningful, relevant, and compelling role in the lives of consumers. It is not just about entertainment but a brand that has a purpose. With its extensive reach, localized content, and credible RJs the brand plays the role of a ‘thought inspirer’ and an agent of positive change in society. The tag line – ‘Dhun Badal Ke Toh Dekho’ reflects the philosophy that ‘Changing the world for the better starts with changing your thoughts’. Realigning the programming to reflect the new positioning, BIG FM has refreshed the music promise playing your favourite music tested with the audience besides bringing on board some big names from the Radio and entertainment spaces across all key markets. The networks occasion-based programming, CSR Activities and client integrated campaigns strongly reflects its Dhun Badal Ke Toh Dekho ethos. The original content-based shows and engaging brand-led campaigns have consistently won accolades at prestigious industry awards like the EMVIES, ABBYs, Asian Customer Engagement Awards, Indian Radio Forum & New York Festival.

Sia Sehgal with members of the transgender community