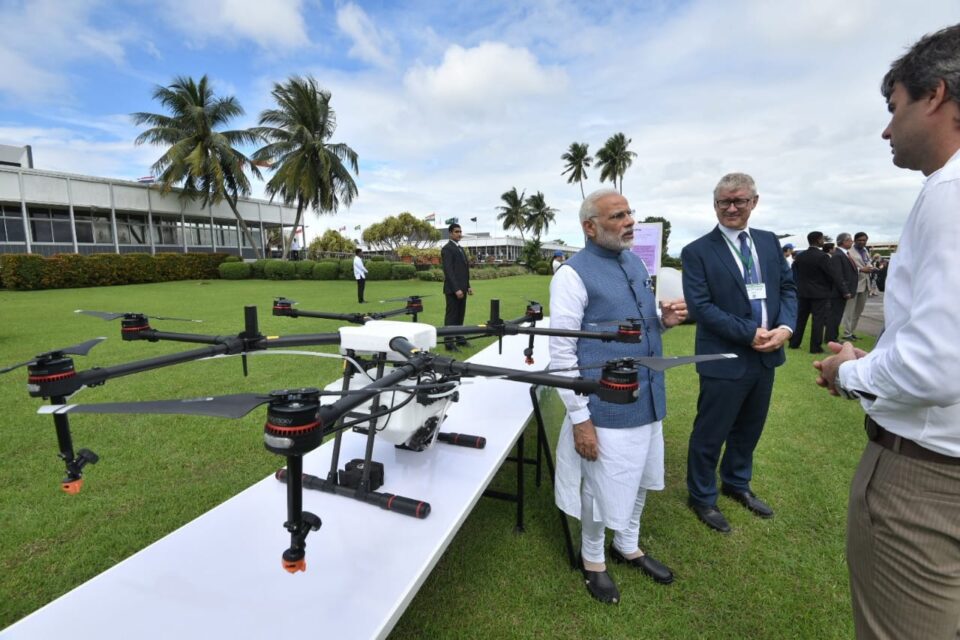 Mumbai, 31 may 2022 : Garuda, currently the most valuable drone start-up in India, valued at 250 million and India’s first drone Unicorn is on its way to start-up. Today, Garuda’s fleet consists of 300 drones, 500 pilots and 200 core engineers in 26 cities across the country. It will soon have a global expansion. Prime Minister Modiji was made possible by your inspiration and you are India’s drone master, “said Agnishwar Jayaprakash, founder and CEO of Manogat Garuda Aerospace, in an open letter to Prime Minister Narendra Modi.

In the letter, Jayaprakash further said, “I swear that one day I will build a strong drone ecosystem in India that will affect 1 billion Indians, employ 1 million young people and become a tool in your hands to help your dollar 5 trillion Indian economy.” I will contribute to the vision of creating it. ”

We have the largest manufacturing units in India at Gurgaon and Chennai, we build 30 different types of drones and provide 45 different services. Garuda has an in-house firmware and software development team that has developed advanced data processing and cloud-based platforms to help our customers make informed decisions in real time. With an estimated revenue of over दश 400 million over the next six quarters, Garuda has mobilized ३ 3 billion worth of pesticide sprays using farmer drones to increase food crop productivity for 200 million farmers and establish market dominance in precision agricultural technology.

We have met the global demand for more than 12,000 drones for export and have developed the Prakash Das model, an asset that focuses on sustainability, unit economics and EBITDA at more than 15%. In the last 7 years, our firm has served more than 750 customers and has served 24% cash positive customers like Vedanta, Tafe, ITC, Godrej, NHAI, NTPC, Tata Projects, Reliance, Adani, Survey of India, various Smart Cities. Profit margin. Garuda has partnered with Swiggy, HAL, DRDO, IIT Madras, IIT Roorkee, Make in India, Invest India, MIT Boston, Intel, Wipro and Cognizant to constantly innovate and explore new frontiers.
With the same boundless zeal and everlasting dedication with which you are striving to serve our India, I look forward to working with the same spirit and passion, “Agnishwar said in his memoir.

Zeal Global Corp. introduces scholarship to 100 women for training in the logistics sector

Amazon’s #Find _Life campaign celebrates real people with vignettes of their experiences to find moments, expression and self Stories of real Amazon.in