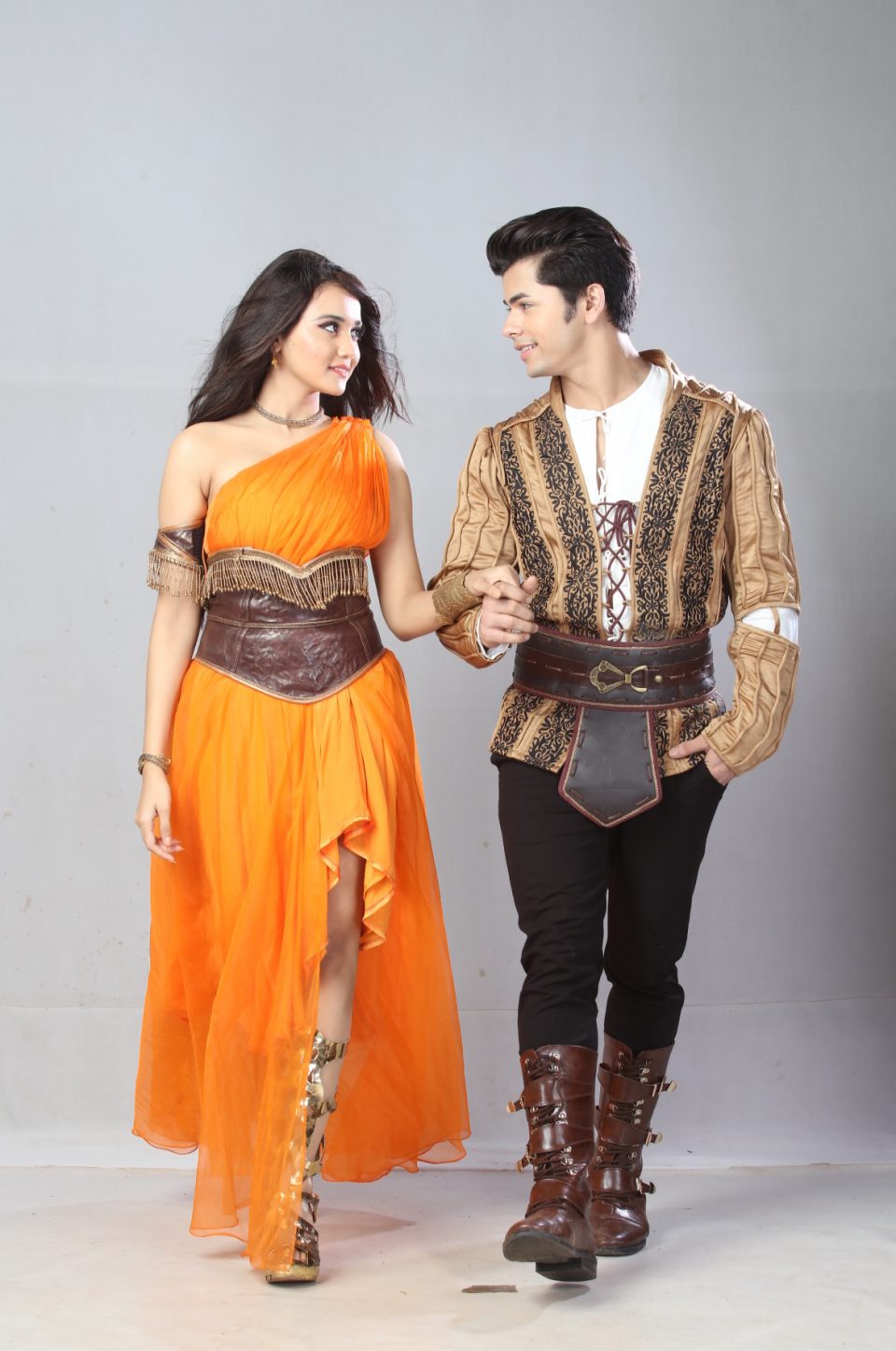 It’s said history repeats itself! Redefining this is Sony SAB’s beloved duo, Alasmine, as they rise from the ashes to rewrite their unfinished story. Aladdin: Naam Toh Suna Hoga is set to witness the rebirth of the warriors, Aladdin and Yasmine in an entirely new setting.

After the tragic sacrifice made by Aladdin’s father, Omar and rise of Zafar (Aamir Dalvi) as the powerful Aiyaar leading to the death of Aladdin and Yasmine as we know it. The viewers must brace themselves to witness a brand new avatar of the leading couple as their lives take a new turn with their re-birth. With this plot twisting reincarnation, tables have turned and their roles have reversed, Siddharth Nigam, playing the role of Aladdin, will now be seen as a prince, who is spoilt for choices and is a complete brat whereas Yasmine aka Kali Chorni, essayed by Ashi Singh will emerge as a courageous messiah of the poor. The exciting new adventure of Alasmine begins again and the real question remains – How will they find their way towards each other this time? Will they be able to avenge their death?

Aladdin: Naam Toh Suna Hoga will also be welcoming fresh faces, Harsh Vasishtha as the Sultan-Aladdin’s father, actress Shivani Badoni as Koyal and Amit Raghuvanshi as Sheefan, Prince Aladdin’s competitor, who are all set to join the show in pivotal roles.

While Aladdin and Yasmine bring forth the exciting turn of events, the viewers will also witness Ammi, played by Smita Bansal in a rather new style. Ammi aka Rukhsaar Begum will be seen as a doting headmistress who runs a special academy for students. How this journey of rebirth, rediscovery and revenge transpires, will be the beginning of an exhilarating adventure.

Siddharth Nigam, essaying the role of Prince Aladdin said, “After the tragic end of Aladdin and Yasmine, fate has brought the duo back again. Born in a royal household and born a prince, Aladdin is a spoilt brat who does what he wants. He is unaware of his destiny and what the future holds for him. Prince Aladdin likes to live his life king size and this new Aladdin promises to entertain and leave a lingering smile on everyone’s faces. I am really excited about this new adventure in Aladdin: Naam Toh Suna Hoga. The show promises power packed adventure and new faces set to welcome some exciting characters in the show.”

Ashi Singh, essaying the role of Yasmine said, “It has been an adventurous journey so far and I am exciting to present a completely new Yasmine to our viewers. Yasmine aka Kali Chorni is unlike what the viewers have ever witnessed her in the show. Her life is different and she is the guardian of the poor. Yasmine is courageous and believes in fighting for injustice in the society by donning the cape as Kali Chorni. I am thrilled to have the opportunity to play such a diverse role in one show and I am sure the viewers will enjoy this new journey ahead.”

Watch the new chapter of Aladdin: Naam Toh Suna Hoga from 31st August every Monday-Friday at 9:30PM only on Sony SAB