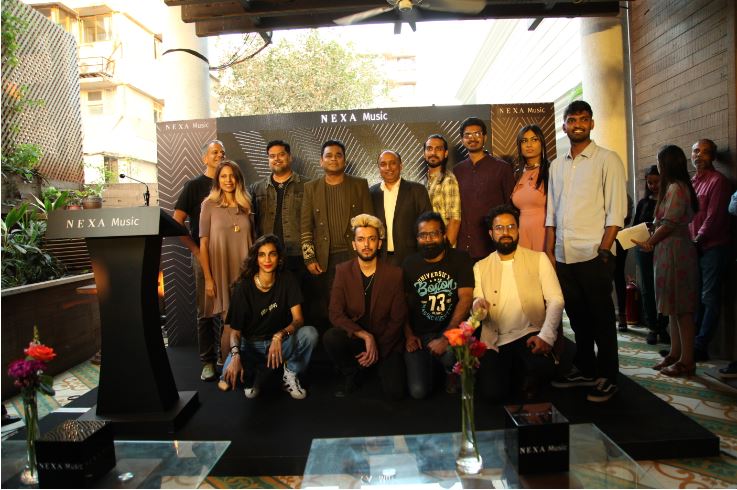 New Delhi/ Mumbai, 21 February, 2020: Launched with an aim to provide a platform to aspiring music composers to promote original English music, NEXA Music today released its much awaited music video by maestro A.R. Rahman. Titled “You’ve Got Me”, this music video is about celebration of music and new indigenous talent in English Music.

NEXA Music, Lab: ‘NEXA Music, Lab’ was instituted to provide an English music platform to aspiring musicians. Over 1000 entries were received across the country, of which the top 24 were shortlisted by the jury comprising A.R. Rahman and Clinton Cerejo. These musicians were guided by the jury to reproduce their tracks under the mentorship of headline talent of renowned musicians. The 24 original English music compositions by the participants were released on NEXA Music’s YouTube Channel (https://www.youtube.com/channel/UCM8qWp3yk6zXsuHfo2ei4SQ). These videos complemented the 4 exclusive NEXA Music videos composed and released by headline talent from NEXA Music.
Today’s announcement is also for 4 winners under ‘NEXA Music, Lab’. These winners feature in the music video, “You Got Me” along with A.R. Rahman. Further, they will go on to compose 4 original exclusive songs and feature in their respective music videos.
NEXA Music, Live Gigs is NEXA’s endeavor to provide exclusive experience to its customers and the audience at large. This will serve as a platform for these budding musicians who will get a chance to perform live with mentors and headline talent. A total of 12 live gigs are planned across 8 cities in the country.
Speaking about NEXA Music Mr. Shashank Srivastava, Executive Director (Marketing & Sales), Maruti Suzuki India Limited said, “NEXA Music was launched with an aim to provide a unique platform to the untapped English musical genius in the country With global music icons like A.R. Rahman mentoring these musicians to hone their skills, we are assured of compositions that match global standards. The initiative also allows us as a brand to facilitate the showcase of new talent while reinforcing NEXA’s philosophy of ‘Create. Inspire.’. Through NEXA, we have consistently endeavored to craft a delightful experience for our customers which go beyond car purchase.”
Talking about the association with NEXA Music, Mr. A R Rahman said, “The NEXA partnership has made it possible to extend the much needed support to independent artists who are creating original English music
across India. Our objective is to give budding artists a chance to collaborate with some of the best musicians in the industry to produce music that reaches viewers across the world.”
NEXA Music was instituted by NEXA in association with A.R. Rahman’s media venture Qyuki Digital Media to provide a platform for young musical talent in India, promoting original English compositions.
About Qyuki Media:
Co-Founded by Samir Bangara, A.R. Rahman and Shekhar Kapur, Qyuki is a data-driven new media company which discovers & invests in India’s most influential KOLs (Key Opinion Leaders) to help them rapidly grow their audience, create content and launch scalable D2C brands. Qyuki also has to its name several premium IPs like ARRived, a singing talent hunt show with A. R Rahman as mentor and Jammin’, a collaboration-focused music show where legendary Bollywood composers and India’s top Internet icons create original tracks. In the English Music space, Qyuki launched NEXA Music, a nationwide talent hunt for English-language with India’s leading automaker, Maruti. In Jan 2020, Qyuki created a breakthrough format of a Fan Festival called EPIC FAM JAM, which brought together India’s biggest Internet sensations across Tiktok and Instagram with superfan meet-ups in thematic mini-worlds of each artist topped with incredible live performances. Some of their other successful IPs include #HaqSeHipHop, a concert series, a podcast with Rolling Stone India, popular digital shows Be The Change with Faye D’Souza and AR’s Super 8, among many others. Qyuki also exclusively manages a host of talent across Youtube, Instagram and TikTok.