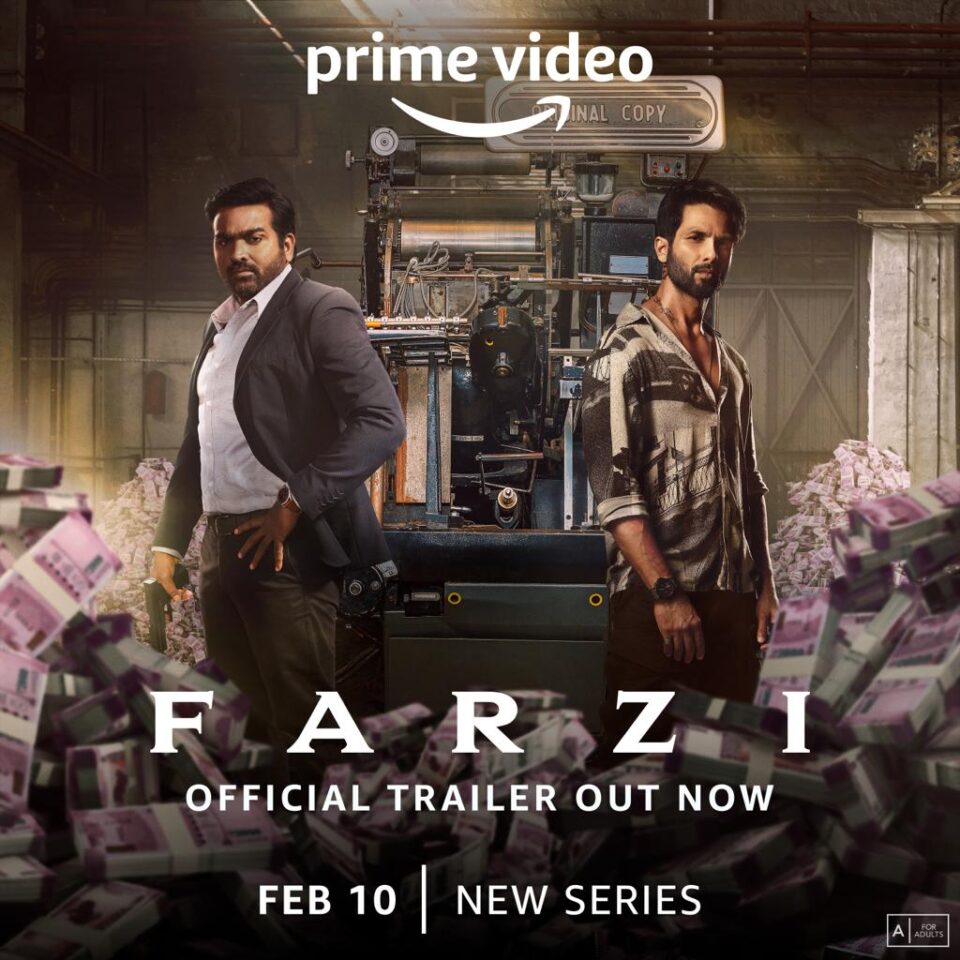 Created by Raj and DK, the crime thriller marks the digital debut of Shahid Kapoor and Vijay Sethupathi.
The series also stars Kay Kay Menon, Raashii Khanna, Amol Palekar, Regina Cassandra, and Bhuvan Arora in pivotal roles, and will stream in India and across 240 countries and territories starting February 10

The trailer gives us a glimpse into the life of a small-time con artist Sunny (Shahid), who finds himself drawn into the dark while creating a perfect con. However, a fiery and unconventional task force officer (Vijay) has made it his mission to rid the nation of the threat he poses. Spanning eight episodes, Farzi is a fast-paced, edgy, one-of-a-kind crime thriller, with the director duo’s trademark humour, stiched around a clever underdog street artist’s pursuit to con the system that favours the rich.

Placeholder for the trailer link:

Speaking about the series on the trailer launch day, Shahid Kapoor said, “This Amazon Original Series, Farzi has a special corner in my heart. Kehne ko toh this is my digital debut, but working with Raj & DK, felt like home. And working with such brilliant co-actors like Vijay Sethupathi, Nanu (Amolji), Kay Kay Menon, Raashii had its own charm. Playing Artist aka Sunny wasn’t simple, the character is quite complex, his situations and his greed for a better life makes him take some decisions, which he has not necessarily thought through. I am quite sure, that the audience will love the show, they will enjoy the humour, the grit and the overall story, it will keep them at the edge of their seats. And of course, Prime Video will be taking this series to a worldwide audience, usse better kya hi ho sakta hai, that people around the world get to watch this amazing content.”
“It has been an absolute pleasure working with the dynamic duo Raj and DK and alongside Shahid Kapoor, who is both a talented actor and a wonderful person. It was incredible to work with such a brilliant team and create something as mind blowing as Farzi. I can’t think of a better digital debut, and I’m excited for the series’ global release.” said Vijay Sethupath

Papon, a singer, composer and multi-instrumentalist, did a live concert yesterday at Phoenix MarketCity,