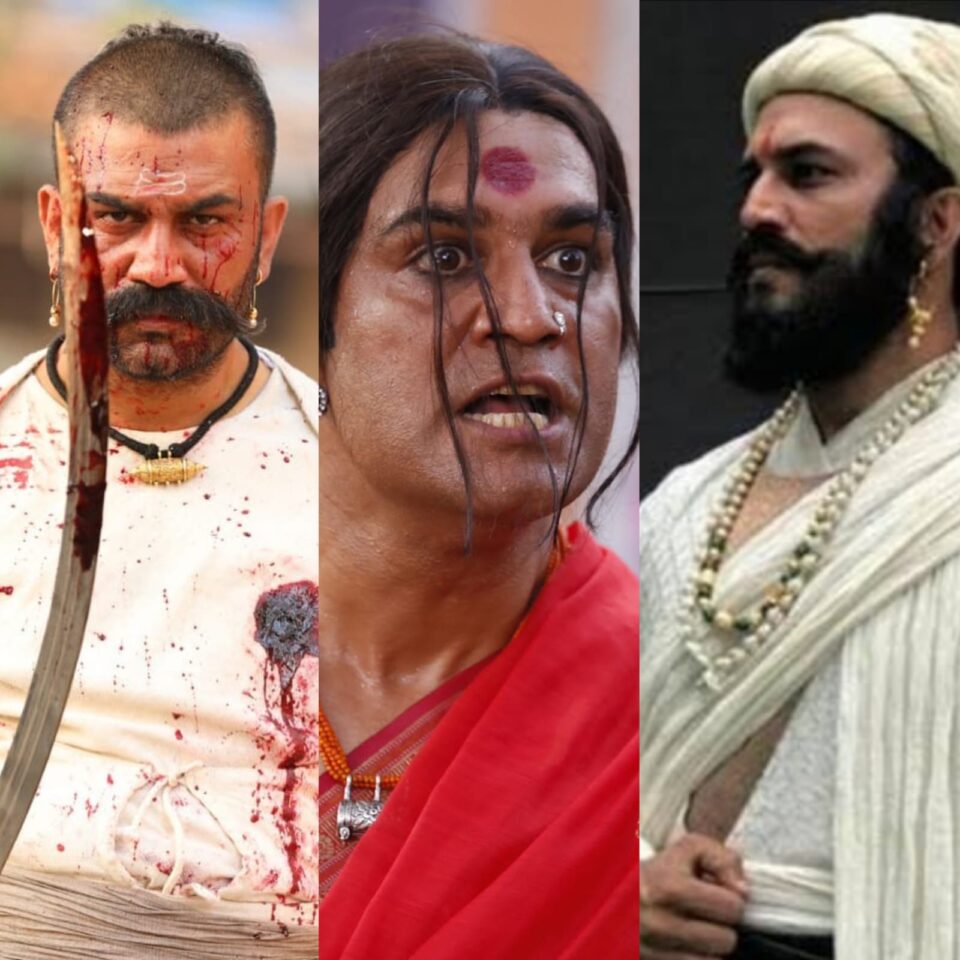 Sharad Kelkar is known to be a versatile artist. He puts his heart into every role and delivers all of them with an equal amount of passion. He is someone who is very meticulous when it comes to preparing for his roles Here are a few characters for who he went through drastic transformations.

*Har Har Mahadev – Baji Prabhu Deshpande*
Sharad Kelkar has shown his undying passion for all the roles he has played. His look in his latest project, where he plays the fearless Baji Prabhu Deshpande, is definitely one to remember. He had to put on a considerable amount of weight to get into his character. His long and thick moustache and his shaved head definitely make him look like a fearless warrior of the past.

*Tanhaji – Shivaji Maharaj*
Om Raut’s blockbuster ‘Tanhaji – The Unsung Warrior’ traces the life of the fierce Maratha warrior, Tanhaji Malusare, who was one of Chhatrapati Shivaji Maharaj’s closest aides and a military leader. Sharad Kelkar stood out with his portrayal of Raje Shivaji. His moustache and beard give him the regal look that does complete justice to his role.

*Laxmii – Laxmi*
Sharad Kelkar’s performance as Laxmi in Laxmii, astounded everyone.The actor has received accolades for his heroic performance as the spirit of Laxmii. For this role his transformation was not only physical but also emotional.He studied every aspect ofnthe role very meticulously. He even said that he would talk to various transgender people to understand their emotions and the pain that they went through so that he could do his character complete justice.

A versatile actor like Sharad Kelkar is a true gem for the Indian Film Industry. His eagerness to learn through every role he plays is what makes the passionate artist he is. We cannot wait to what this multifaceted actor has in store for us in the future.