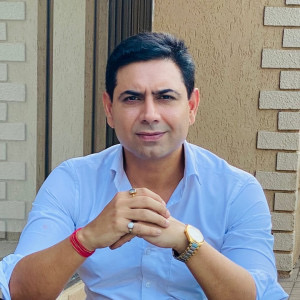 Sandeep Baswana, a recognised figure in the television industry, has been cast in Sony SAB’s new show ‘Dil Diyaan Gallaan’. He will be seen portraying an integral protagonist in this show.

Sandeep Baswana will portray a character named ‘Mandeep’ who is Amrita’s (Kaveri Priyam) father and Dilpreet’s son (Pankaj Berry). Mandeep is one of the pivotal characters influencing the constitution of the narrative. Despite reaching the pinnacle of his goals and playing the role of a self-assured, wealthy, and proud man, he still feels abandoned by his father. Defying his parents’ wishes, he made his own life decisions out of pride and ego, resulting in a family feud.

Sandeep shares his new role: “The character of Mandeep is akin to any child from a middle-class family who aspires to realise their ambitions and goals. This role is demanding considering the story’s plot, and Mandeep’s one step decides the family’s fate. However, only some people recognise the importance of resolving conflicts through dialogue, and many leave it unsaid, eroding their relations. I’m excited to portray this character effectively because he is, in some ways, completely different from the ones I’ve played in the past.”

Sandeep’s character is highly challenging and offers the audience a unique viewpoint of the story.

Best titles to watch on Netflix this Wedding Season

Melorra kicks off its Black Friday Sale: Offers flat 30% discount on diamond & gemstone prices, up to 100% discount on making charges