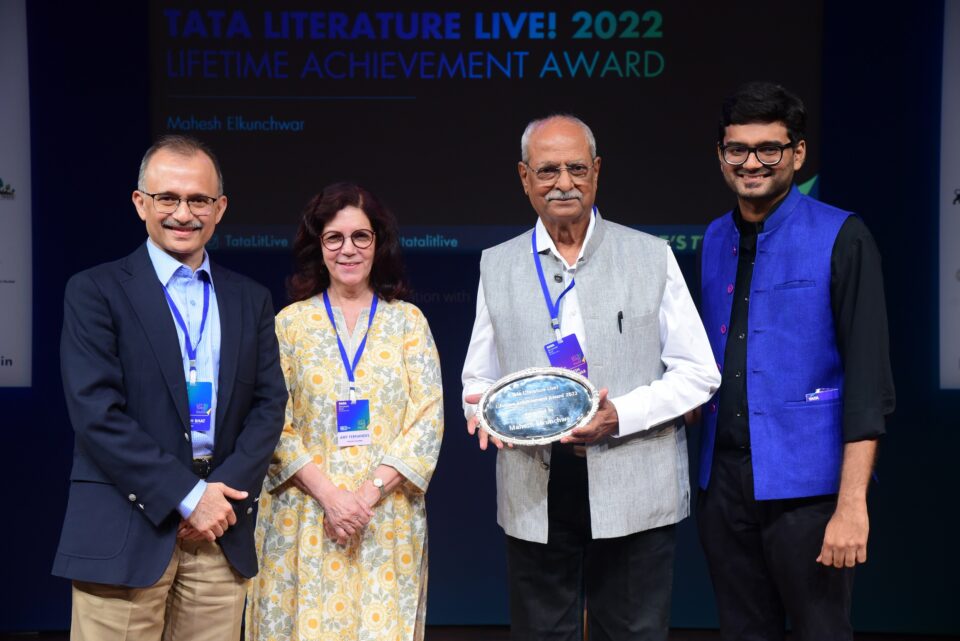 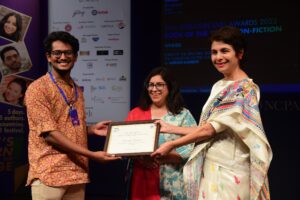 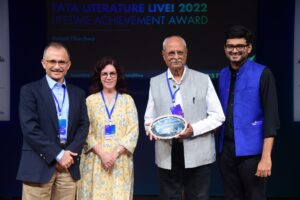 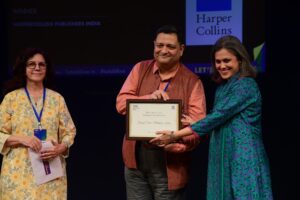 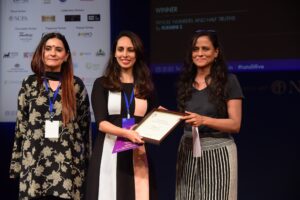 In a combined “hybrid” version for the first time, virtual as well as on-site, the 13th edition of Tata Literature Live! The Mumbai LitFest was a huge success with 135 authors, 11 countries, 75 sessions, a landmark 9 book launches. The virtual sessions over two evenings have already attracted over 1.5 million views. The Festival was on-site again after two closed pandemic years and delighted audiences surged into myriad riveting sessions at the on-site venues at NCPA at Marine Drive and St Pauls Institute and Title Waves bookstore in Bandra, resulting in overflowing sessions and performances. The Tata Theatre rocked with Usha Uthup ending her session with rousing renditions of medleys of some of her evergreen songs. As she sang – and as we look forward to the Tata Literature Live! The Mumbai LitFest for 2023 – we sing with her “hamey na rokey zamana”!

The winners of the Tata Literature Live! Literary Awards 2022 are as follows:

Tata Literature Live! Book of the Year (Fiction):
⮚ The Map and the Scissors by Amit Majmudar
Published by HarperCollins Publishers

Tata Literature Live! Book of the Year (Non Fiction):
⮚ Lords of the Deccan: Southern India from the Chalukyas to the Cholas by Anirudh Kanisetti
Published by Juggernaut Books

Tata Literature Live! Business Book of the Year:
⮚ The Ambuja Story: How a Group of Ordinary Men Created an Extraordinary Company by Narotam Sekhsaria
Published by HarperCollins Publishers

About Tata Group:
Founded by Jamsetji Tata in 1868, the Tata Group is a global enterprise, headquartered in India, comprising 30 companies across ten verticals. The Group operates in more than 100 countries across six continents, with a mission ‘To improve the quality of life of the communities we serve globally, through long-term stakeholder value creation based on Leadership with Trust’. Tata Sons is the principal investment holding company and promoter of Tata companies. Sixty-six percent of the equity share capital of Tata Sons is held by philanthropic trusts, which support education, health, livelihood generation and art and culture. In 2021-22, the revenue of Tata companies, taken together, was $128 billion (INR 9.6 trillion). These companies collectively employ over 935,000 people. Each Tata company or enterprise operates independently under the guidance and supervision of its own Board of Directors. There are 29 publicly-listed Tata enterprises with a combined market capitalisation of $311 billion (INR 23.6 trillion) as on March 31, 2022. Companies include Tata Consultancy Services, Tata Motors, Tata Steel, Tata Chemicals, Tata Consumer Products, Titan, Tata Capital, Tata Power, Indian Hotels, Tata Communications, Tata Digital, and Tata Electronics. For more details visit www.tata.com
You can follow the Tata group on:
● Twitter: https://twitter.com/TataCompanies
● YouTube: https://www.youtube.com/user/TataCompanies
● LinkedIn: https://www.linkedin.com/company/tata-companies

About Literature Live!
Literature Live! is dedicated to celebrating the written word in all its glorious and varied forms. It offers a chance to participate in the many joys of literature, from book launches, thought provoking talks and author interactions, all of which continued online during the pandemic. Literature Live! also organises Tata Literature Live! The Mumbai Litfest, Mumbai’s premier international Literary Festival (8.5 million views for the virtual Festival last year). Now set to launch in a hybrid format: virtual and on-ground, from 9-13 November, 2022, the Festival has become very popular not least because it looks at literature in a way that complements the spirit of Mumbai: energetic, inclusive and cosmopolitan.

‘Tried to do my bit to make the Indian Sign Language (ISL) the 23rd official language of India!’ : Ranveer Singh