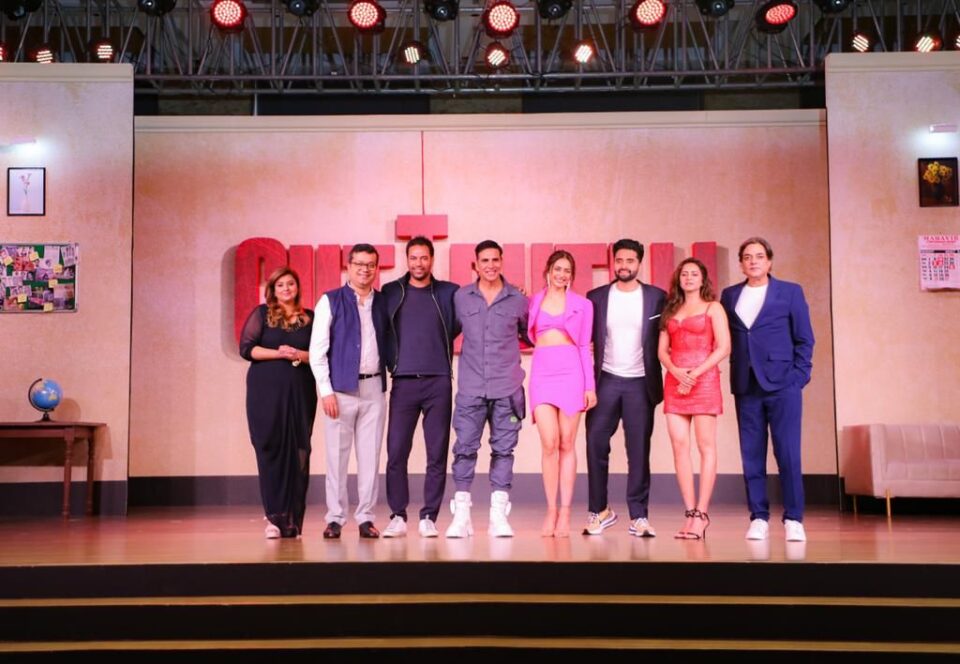 A small town cop is in pursuit of the person behind serial killings plaguing a quaint town; will he be able to catch the criminal before he strikes again? Superstar Akshay Kumar joins forces with Rakul Preet Singh, Sargun Mehta and Chandrachur Singh amongst others to take audiences on a journey of an investigative cop as he uses his passion and knowledge to unearth a series of wrongdoings in Kasauli. The trailer of the movie was launched in an extremely intriguing and unique manner in Mumbai today through a special Cuttputlli act by Akshay Kumar. Cuttputlli will be released exclusively on Disney+ Hotstar on 2nd September and will be available to all platform subscribers. For fans in the U.S Cuttputlli will stream exclusively on Hulu.

Akshay Kumar plays Arjan Sethi, a dutiful sub-inspector who took an oath to keep the people of Kasauli safe. However, fate has other plans as the killer strikes from the shadows of terror, leaving behind no trace of evidence, except a body. Produced by Vashu Bhagnani and Jackky Bhagnani, Deepshikha Deshmukh and Pooja Entertainment, Directed by Ranjit M Tewari Cuttputli unmasks the killer and decodes the mystery using Arjan’s skills to understand the psyche of the murderer.
Akshay Kumar said, “Set once upon a time in Kasauli amidst the backdrop of nature’s beauty, the film unveils incidents of ugly killings. It’s filled with enthralling twists and turns. I play an underdog investigation officer, Arjan Sethi who is on a trail to catch the psychopath killer whose motives are unpredictable and unclear. Here, revenge is an illusion and the last act of the movie is unthinkable and will take you by total surprise – and that’s what makes it unique!! Get ready for the KILL , multiple CHILLS and even more THRILLS ! Director Ranjit has done a brilliant job of narrating this thriller in a unique style …CUT some time from your busy schedule and watch CUTPUTLLI on Disney + Hotstar.”
Director Ranjit M Tewari said, “Being given an opportunity to collaborate with Akshay sir for the second time was extremely humbling & exciting. I was attracted to “Cuttputlli” because the work of our police forces always intrigued me. I wanted our audiences to visually experience the mental acumen and perseverance along with the physical handwork that goes into solving a case. The experience of shooting through the second lockdown was made much easier by Vaashu ji, Jackky, Deepshikha and the entire team that lent me their unwavering support and trust. Every team member has worked relentlessly to get into the skin of their characters..”

Synopsis
Set in the quaint hill station town of Kasauli, Himachal Pradesh, newly inducted sub-inspector Arjan Sethi (Akshay Kumar) encounters a series of gruesome killings. Intrigued by the recurring pattern of the murders, Sethi embarks on a thrilling roller coaster ride where he seeks to find the link between the murders and the face behind them. During his investigations, the murderer’s presence rings closer to home as his life, family, and love face the killer’s ire in a twisted turn of fate. In this race against time whodunnit thriller, unlocking the mind of a murderer is the only key to unmasking his identity and motive. But can Arjun Sethi rise to the task?Join Arjan Sethi aka Akshay Kumar’s quest to find the serial killer in this spellbinding thriller

Mumbai Sports’: An initiative to create awareness about sports and a big platform for the next generation of players to have sportsmanship!!!