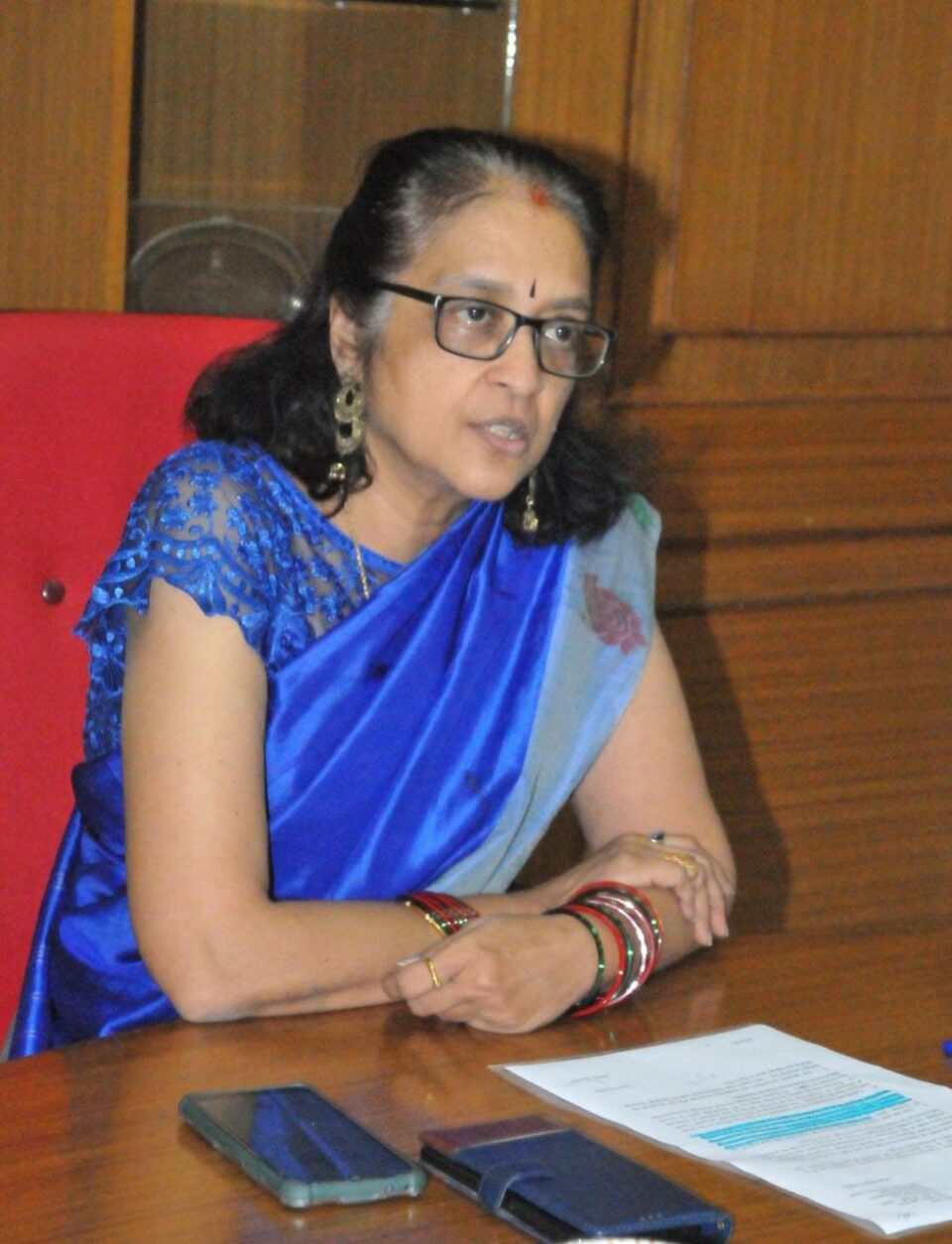 In a press meet held on 21st October, 2022, Chief Postmaster General, Maharashtra Circle, Smt. Veena Srinivas, in consonance with the Special Campaign 2.0 appraised on the focus areas which includes timely and effective disposal of public grievances; references from Members of Parliament; State Governments; Inter-Ministerial Consultations; Parliamentary Assurances; PMO references; conduct of cleanliness drives; review and weeding out of files; disposal of scarp; freeing up of space and putting it to constructive use.
Smt. Veena Srinivas, Chief Postmaster General enlightened on the activities being carried out in the Maharashtra Postal Circle. In respect of public grievances, she mentioned that 8039 complaints were received since April 2022, of these 8005 i.e 99% of the grievances were settled. The public grievance are monitored through the CPGRAMS which provides real time redressal and online monitoring of the disposal and pendency of these grievances. A special emphasis was laid for cleaning of all the post offices/Postal colonies and weeding out of the records in the Circle. A video clip on the Shredding of the records and a clip on the revamping of the Vengurla Post Office under Sindhudurg Postal Division was played during the meet. Smt. Veena Srinivas appraised the media on the several other initiatives/activities carried out in the Circle viz Blood Donation Camps, awareness of TB, Cancer awareness camps, Tree plantation drives, Saving Bank & IPPB campaigns etc. All the campaigns are closely monitored and supervised by the Senior Officers of the units.
Smt Veena Srinivas, Chief Postmaster General, Maharashtra Circle mentioned of the 20.17 Lakhs Saving bank accounts opened in the Circle. The drive/campaign conducted during 12th September to 30th September 2022 gave a boost to garner around 3 lakh accounts. Various camps conducted in LWE areas (Nagpur Region) and at Kamatipura (Mumbai region) helped in boosting these achievements

Team Drishyam 2 offers a special Diwali Bonus on 24th and 25th October with 25% off on ticket bookings for release day!* _The makers also open advance booking for the film from 24th October_

THE RUSSO BROTHERS ON THEIR LOVE FOR INDIA, DHANUSH, AND THE GRAY MAN!