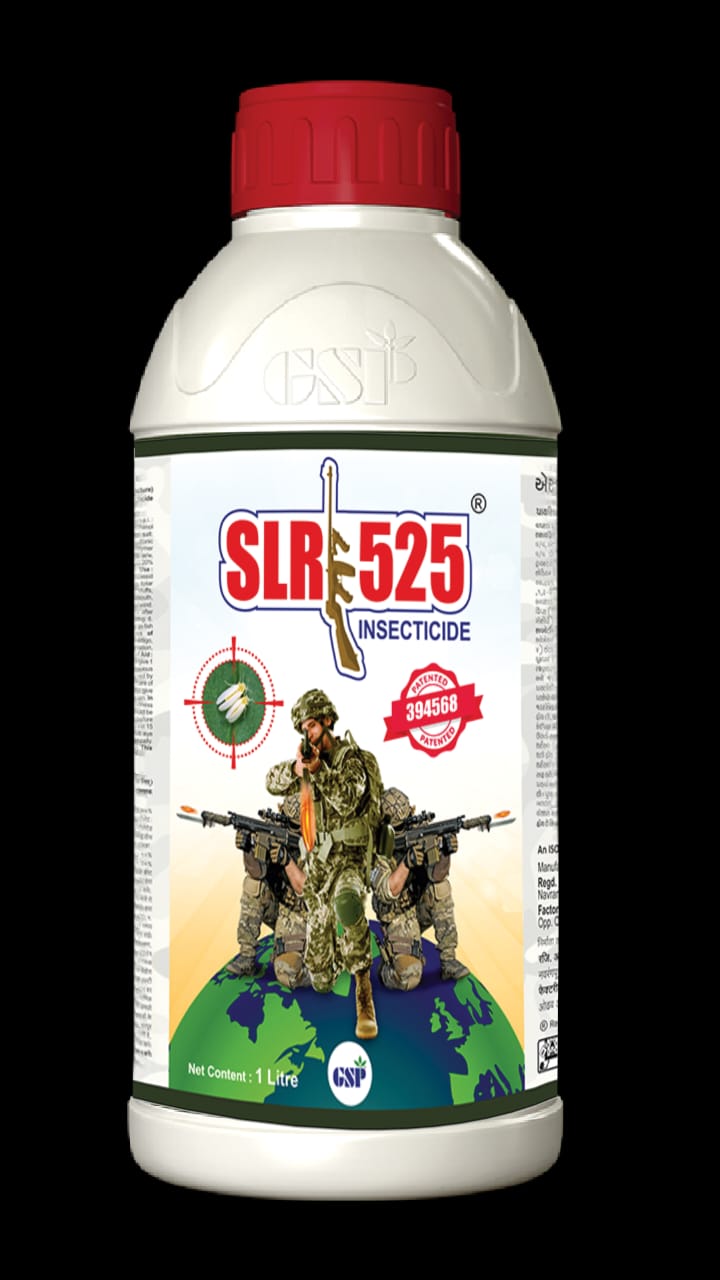 GSP Crop Science, a leader in the agrochemical business and India’s first company to develop the SE formulation in its R&D centre, gets an exclusive patent for its synergistic suspo-emulsion formulation of Pyriproxifen and Diafenthiuron (branded GSP SLR 525 SE Formulation) by the Office of the Controller General of Patents, Designs &
Trademarks, which is a subordinate office under the Department of Industrial Policy and
Promotion.

In a major development, the Controller of Patents and Designs issued an order in favor of GSP Crop Science for its insecticide formulation which would control the deadly effect of whitefly insects in the country. GSP Crop Science is the first Indian agrochemical company to
manufacture Diafenthiuron technical locally in India, and has also been exporting to various
countries. GSP is also the first to produce this unique combination of Diafenthiuron +
Pyriproxifen in an SE formulation.

Whiteflies have been a cause for direct and indirect damage of yield in agriculture, horticulture and forestry crop plants, hence, has become a major cause of concern for the agriculture sector of the country. As per the statistics, approximately 1.35 hectares of coconut and oil palm in India are affected by whiteflies. It also seriously impedes the ability of farms to process cotton harvests.

GSP’s new insecticide formulation SLR 525 SE is a trusted brand among farmers and the first choice for control of the deadly whitefly insect pest. It controls and manages effectively all life stages of the deadly whitefly pest which has devastated cotton. It is effective on the plant surface due to its fast and evenly spreading and translaminar action. Being a water-based solution, it eliminates the harmful effects of solvents used in EC formulation on the
environment.

GSP Crop Science Pvt Ltd – is amongst the leading manufacturers of agrochemicals in India. It manufactures a wide range of “technical” and “formulations” of insecticides, fungicides, herbicides (crop protection solutions) and plant regulators for Indian agriculture and farmers’ community.

On winning this patent, Bhavesh Shah, Managing Director, GSP Crop Science Pvt Ltd, said,
“After almost eight years of blood, sweat and tears with the help of our R&D and Legal team, GSP has been granted a patent for a combination product that will be of great advantage to the farmers. Our product SLR 525 which helps fight pest attack of whitefly in vegetables and cotton in all stages – is the first of its kind in the Indian market. We project this molecule to generate revenue of almost Rs. 400 crores yearly within the next few years. We expect the market for this product to grow even further.”

However, getting an exclusive patent for GSP Crop Science was tough. GSP had filed provisional patent application no. 284/Mum/2014 on 27th January 2014 on “A Synergistic Suspoemulsion Formulation of Pyriproxyfen 5% and Diafenthiuron 25%”, followed by complete specification on the same in December 2014 with formulation and bioefficacy data. Formulation development work for the same was initiated in 2015 and complete details (formulation, toxicity and bioefficacy) were filed with CIB for registration under 9(3) in June 2017. CIB approval was granted under 9(3) for this formulation in August 2018.

As expected, there were seven pre-grant oppositions filed by various opponents. Subsequently one was withdrawn and remaining six were heard and argued thoroughly before Controller in September 2021 at Delhi’s Patent Office. On April 8, 2022, patent was finally granted, bearing no. 394568, effective from filing date (27/1/2014) which is valid for 20 years, subject to timely payment of renewal fees every year.

In April 2022, one of the opponents took the matter at Delhi High Court against GSP’s patent on the ground that the patent was granted in wrong manner. The issues were argued before the Hon’ble judge and finally after reverting the patent in-part back to Patent Office inviting
comments on three missing issues only in the final grant order that were argued at the time of pre-grant opposition (no reconsideration was insisted by the judge). Finally on August 25, 2022,Controller issued fresh grant order, upholding its previous grant, status quo.

Bhavesh Shah believes that GSP Crop Science can massively grow its market share of this
whitefly business in Fiscal Year 22-23. He said, “This allows us to demonstrate the strength of GSP’s ability to bring technical innovations that are recognised internationally with the grant of an exclusive patent for its unique formulations, as well as a strong initiative to build an exclusive distribution channel to make this patented product exclusively available, thereby expanding our distribution network and further strengthening our portfolio acceptance in a wider channel outreach.”

With a financial turnover of Rs 1200 crore annually and four manufacturing units in Gujarat and Jammu & Kashmir, GSP Crop Science comprises more than 70 branded products – which gets marketed through a network of 5,000 distributors, over 30,000 dealers and 34 depots in India and exports to 25 countries.