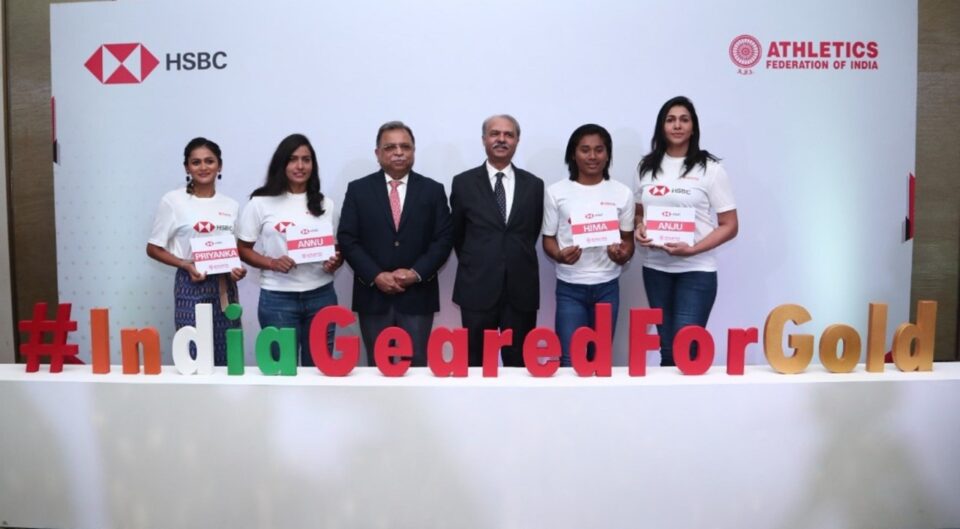 Athletics Federation of India President Adille J Sumariwalla said AFI felt immense pleasure in welcoming a global brand to the AFI family. “The partnership with HSBC will not only help develop, grow and support women’s participation across various disciplines in track and field sport but also raise performance levels of women athletes in international events. The support by the global brand will further raise the profile of athletics in India,” Mr. Sumariwalla said.

“We are sure that this partnership with one of the world’s largest banking and financial services organisations will be a gamechanger for track and field sport in India, especially since it is aimed specifically to encourage and support women athletes to take to sport and raise their level of performance so that India can get more glory in the world of sport,” he said.

Speaking at the occasion, Hitendra Dave, General Manager and CEO, HSBC India said, “Women athletes have been at the forefront of brining glory to India. We want to bolster their efforts by enabling access to training and equipment of international standard. We look forward to driving an energised and collaborative effort in supporting our women athletes,” he said. “We have a rich legacy of actively supporting various community development initiatives in India. Our association with Athletics Federation of India is a step towards ensuring that our Tricolour flutters proudly across international athletic events.”

Anju Bobby George, the first Indian to win a World Athletics Championships medal and AFI Senior Vice President, said HSBC Bank India’s entry as an AFI partner will be a massive shot in the arm for women’s athletics. “It is heart-warming that a corporate major is taking keen interest and support India’s women track and field athletes. It will be a fillip for the sport whose Indian athletes are producing results at the Asian, Commonwealth and global levels,” she said.

Mr. Sumraiwalla recalled that many women athletes had already done well on international stage. “AFI is proud of the fact that Kamaljit Sandhu was the first Indian woman to win an Asian Games gold medal, PT Usha dominated the Asian track scene in the 80s and Anju Bobby George became the first Indian to climb the podium in a World Athletics Championships.

“So many other women athletes have done yeoman service to track and field sport. We are sure that with HSBC’s support we will be able to discover and hone talent that will make us proud,” Mr. Sumariwalla said. “We have worked to achieve gender equality not only in the field of play but also in the administration of our sport.”

Commonwealth Games 2022 medalists Priyanka, who won 10,000m Race Walk silver, and Annu Rani who won Javelin Throw bronze, as well as 2018 World U20 400m Champion and two-time Asian Games gold medalist Hima Das were present at the launch of the partnership and expressed confidence that HSBC India’s entry would raise the profile of women athletes higher.

Mumbai Sports’: An initiative to create awareness about sports and a big platform for the next generation of players to have sportsmanship!!!