As the winter season progresses and the nights become colder, we get lazier, lacking motivation to get out of bed. Enjoy your own company with a cup of hot coffee this weekend as we have curated a list of Malayalam movies for you to binge watch this weekend.

Ranking among the Top 10 in 30 countries, Minnal Murali, starring Tovino Thomas, changed the perception of superheroes in Indian cinema. This film tells the story of Murali, a man who gets special powers after being struck by lightning. Watching Minnal Murali is one of the most memorable experiences you can have. 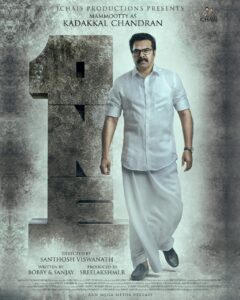 Directed by Santhosh Vishwanath and starring Mammootty, Murali Gopy, Joju George, and Siddique, The One is a political drama about the Chief Minister of Kerala who is righteous and cares for the people in his state. The movie showcases how he overcomes different obstacles as well as goes up against corrupt ministers to achieve his goal. The plot changes when the opposition starts spreading rumours through a social media post. This is when the rigid principles of the people’s chief minister are tested as he is pushed to fight for his own name and the greater good. 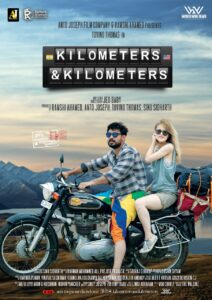 Kilometers and Kilometers is a road comedy-drama starring Tovino Thomas, Joju George, and India Jarvis. The story focuses on Josemon, a man struggling to support his family. An unexpected turn in his life occurs when American tourist Cathy asks for his help. The movie showcases how Cathy’s journey changes his life. Despite differences in their cultures and perspectives, they form a warm friendship. 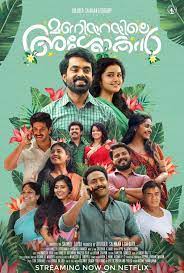 The romantic comedy Maniyarayile Ashokan, written and directed by Shamsu Zayba and starring Jacob Gregory and Anupama Parameswaran in lead, is meant to inspire men everywhere with the idea that they will one day meet the lady of their dreams, warts and all, and boy, would she be wonderful. 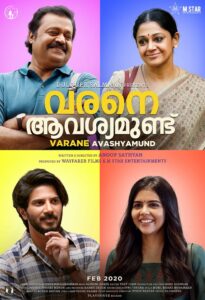 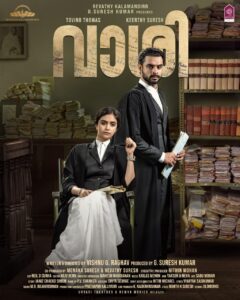 A Malayalam courtroom drama film starring Tovino Thomas and Keerthi Suresh, Vaashi tells the story of two young attorneys who are smitten with one another but on opposite sides of the court. As the two try to combine their job and personal lives, their backgrounds, moral standards, and courtroom presence all come into play in this case.  Vaashi has left its mark in 9 countries gaining its rank in Top 10. 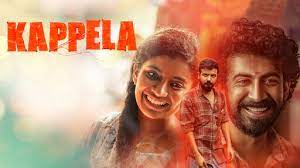 Starring Anna Ben, Roshan Matthew, and Sreenath Bhasi, the Netflix movie tells the story of a sweet girl Jessy who falls for a stranger Vishnu, who drives an auto rickshaw. She embarks on a blind date with him to Kozhikode.  As the story progresses, she is duped by Vishnu and was saved accidentally by Roy, an unemployed graduate. The story unfolds about how a wrongly dialled call could turn annoying or create beautiful relationships. 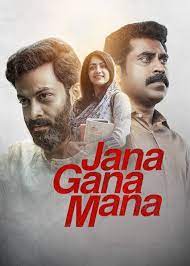 Reaching Top 10 in 11 countries, Jana Gana Mana,  starring Prithviraj, Suraj Venjaramoodu, and Mamta Mohandas in the lead roles, focuses on the conjecture murder of professor Saba Mariyam, a strong and socially-responsible college professor, from the Central University in Karnataka and the protests by college students seeking justice for the deceased professor. 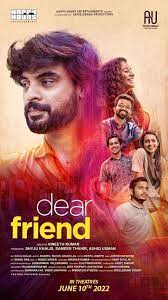 The psychologist Jannath (Darshana Rajendran) lives with her husband Arjun, Shayam (Tovino Thomas), and Sajith (Shyam). During weekends, the group plays elaborate pranks on each other and pitches their healthcare start-up to investors. An enthusiastic tale of millennials adjusting to Bangalore turns into a tense, creepy mystery when one of them goes missing, forcing the group to rethink what true friendship really means. 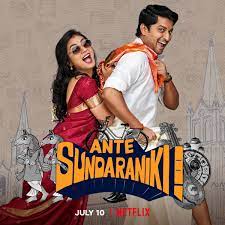 Starring Nani and Nazriya Fahadh in the lead, Ante Sundaraniki is a romantic comedy directed by Vivek AthreyaIn. In this story that portrays the relationship between two people belonging to different religions, an unexpected love blossoms between a Brahmin man and a Christian woman. In an effort to persuade their parents, the youngsters tell conflicting tales, which confuses matters and creates a comedic mess. 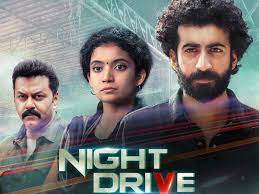 Directed by Vysakh and starring Roshan Mathew, Indrajith Sukumaran, and Anna Ben in the lead, Night Drive plot revolves around a couple, Georgy a cab driver, and his love interest Riya; who get into an accident while driving at night. What starts as a fun evening turns into a troublesome situation between a corrupt politician and an investigating police officer.