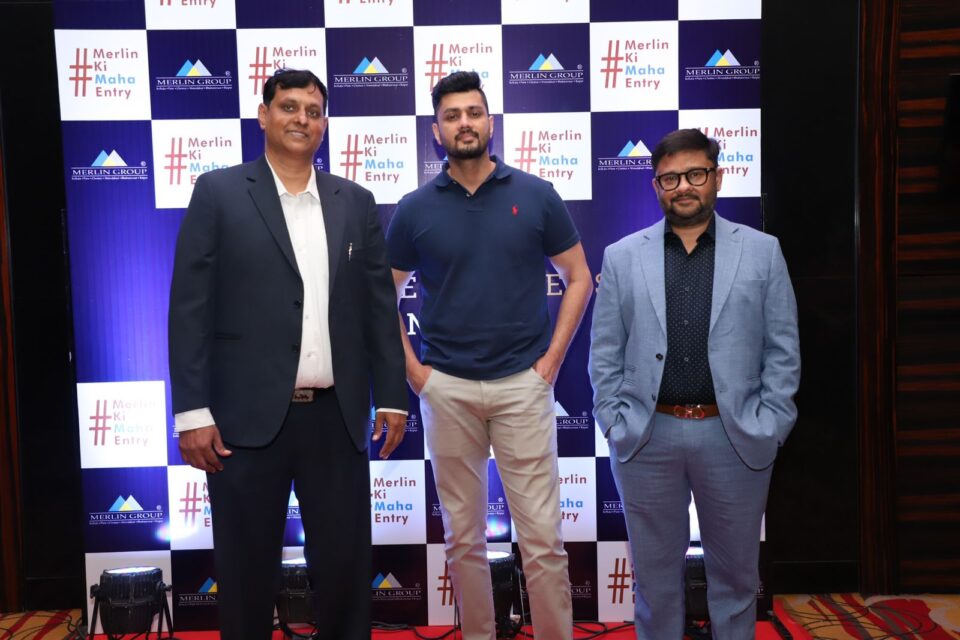 Pune, July 5, 2022: Merlin Group, One of the nation’s leading real estate conglomerates focused on highly sustainable projects with a strong presence in eastern India and across some major states, has announced formally the entry of the group in the burgeoning Pune realty market today. The group is all set to change the skyline of the city with an array of ambitious projects across the length and breadth of the vibrant city. Merlin group is one of the most trusted brands for nearly four decades and developers of over 20 million sq. ft. of projects in Kolkata alone with presence in Chennai, Raipur, Ahmedabad, Bhubaneswar and Colombo, Sri Lanka. The group has established its trust and credibility across the country and beyond. It has gone beyond buildings to win hearts and change lives through superior technology and quality craftsmanship.
The group is planning to set its footprint in the real estate landscape of Pune with over 30 lac sq. ft. of proposed inventory. The group is coming up with a host of premium residential and commercial projects in Koregaon Park Annexe., Wakad, Baner and Jambhulwadi.

To mark the entry, Merlin Group has announced the launch of 18 East, a plush commercial game changing project in office and Showrooms spaces at Koregaon Park Annexe.Strategically located on Pune’s highly premium location of Koregaon Park Annexe, the project is a commercial development which will host many corporate houses. Spread over 1.5 lakh sq. ft. area this business center is certain to compliment one’s ambitions and achievements by providing an inspiring work environment with its ultra-modern design and state-of-the-art features. Standing tall at 74 metres, the project is advantageously positioned at the most promising business destination that affords a work-life balance for employees and a value-stature balance for the business. The construction work has started and the project will be ready by the year 2025.

Announcing the entry in Pune realty market, Mr. Saket Mohta, Managing Director, Merlin Group said, “Pune is one of the fastest growing cities in India and holds tremendous potential for economic and industrial growth. The city has rightly earned the title of Oxford of the East for being the hub of education and Engineering and automotive companies are sprouting in the city. With Pune emerging as a major IT hub, the city now attracts thousands of professionals, driving up demand for retail housing. The ambitious Pune development plan will also provide a fillip to real estate prospects with developers expected to see more traction. Developers are already exploring acquisition of land parcels for development in these new locations around Pune that have been earmarked. Merlin as a leading real estate player in East and other parts of India, is poised to leverage this growth and promises to add to the skyline of the most promising city in India.”
“Project 18 East is the perfect choice for small and medium businesses with its mix of boutique offices, large offices with single floor plate and double height showrooms. At 18 East, one’s business would get its persuasive edge. The well planned blend of space, aesthetics and premium specifications would provide a conducive and energetic ambience for optimum work output,” added Saket Mohta.

“The property market in the city registered sales of 37,218 units last year, while a total of 3.8 million sq.ft of office space was transacted by the end of 2021. This year, the market is expected to see a rising graph on both residential and commercial fronts. On the commercial front, the city saw enormous demand from the Banking, Financial Services, and Insurance (BFSI) sector with co-working and manufacturing sectors. We hope our project 18-east will cater to the ever increasing demand in the office space in Pune”, signed off Saket Mohta.