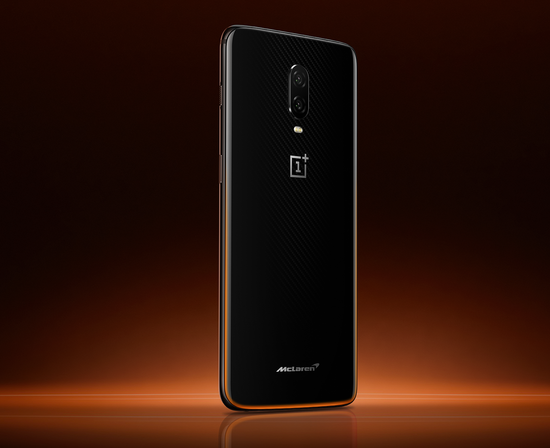 The device will go on sale starting 13 December exclusively at the new OnePlus Experience Store in Connaught Place, New Delhi

The device will be available for open sale starting 15 December across all official online and offline sales channels and will retail at INR 50,999

12 December 2018: At the ‘OnePlus 5th Anniversary Celebration: Salute to Speed’ community event in Mumbai, OnePlus today unveiled the new OnePlus 6T McLaren Edition. The company announced that the OnePlus 6T McLaren Edition would retail at INR 50,999 and would be OnePlus’ fastest handset yet with an incredible combination of 10 GB RAM, 256 GB storage and OnePlus’ new charging technology, WARP Charge 30.

The open sale of the new device begins on 15 December, 2018. The device will be available for purchase online on Amazon.in and oneplus.in. For offline purchase, buyers can head to OnePlus exclusive offline stores in key cities like Bangalore, Mumbai, Kolkata, Chennai, Pune, Jaipur and Ahmedabad.

On occasion of the 5th-anniversary celebrations, customers will be able to avail several offers between 15 to 24 December on the newly announced OnePlus 6T McLaren Edition as well as other OnePlus 6T variants. Some of them include:

The 5th Anniversary Celebration in Mumbai was held today where the community experienced the OnePlus 6T McLaren Edition for the first time. As the company completes five years, the event was an opportunity for the brand to connect with its Indian community while unveiling their latest device in India.