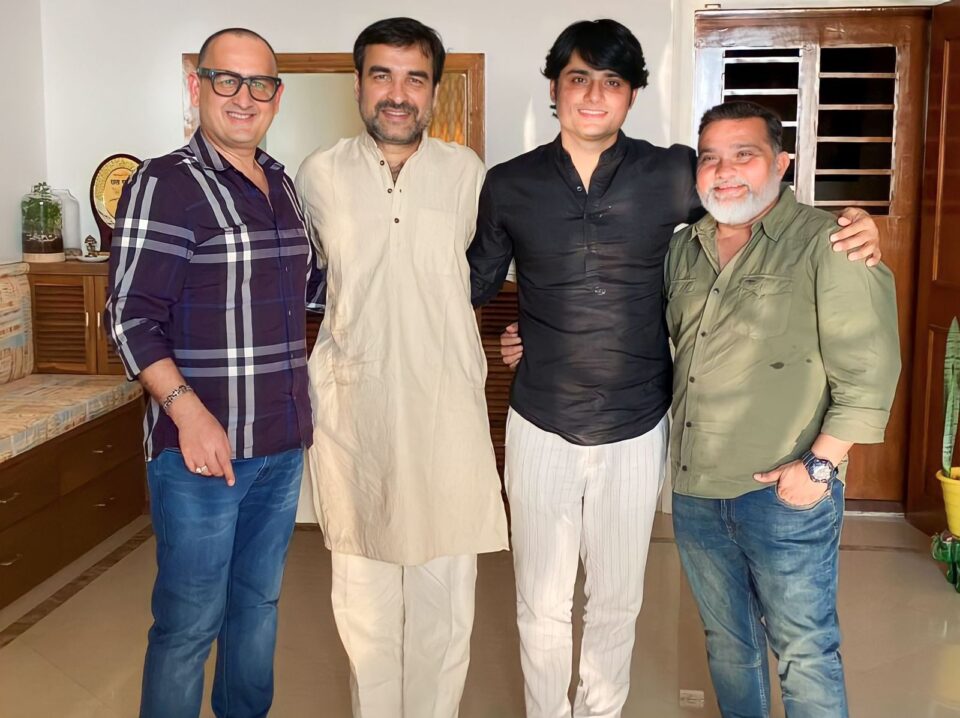 Ever since the announcement of a film on our three-time Prime Minister was announced, it piqued the audience’s interest to know who will be playing the role of Shri Atal Bihari Vajpayee, a leader par excellence. With Pankaj Tripathi joining hands with the makers of this film, the excitement within the audiences has raised a notch higher. The film will be helmed by three times National Award winner Ravi Jadhav, one of the renowned directors of the Marathi film Industry and written by Utkarsh Naithani.

‘Main Rahoon Ya Na Rahoon Yeh Desh Rehna Chahiye- ATAL’ revolves around the journey of Shri Atal Bihari Vajpayee Ji, an honourable leader of India and one of the co-founders and a senior leader of the Bhartiya Janta Party (BJP).

Speaking about playing Atalji, Pankaj Tripathi expressed, “It’s my Honour to portray such a humane politician on screen. He was not just a politician but so much more, he was an excellent writer and a renowned poet. Getting to be in his shoes is nothing but a privilege for an actor like me.”

National Award Winner Director Ravi Jadhav mentioned, “For me as a director, I couldn’t have asked for any better story than that of Atalji. On top of this, having an exemplary actor like Pankaj Tripathi to bring to screen Atalji’s story and the support of the producers. I hope that I can live up to people’s expectations with ATAL.”

Producer Vinod Bhanushali shared, “Unanimously, we all had imagined Pankaj Tripathi playing Atalji since we began discussing the film. We are delighted to have one of India’s finest actors playing the part. We also have an exceptional director ‘Raviji’ on board who we are sure will bring the story of our exemplary leader beautifully.”

Producer Sandeep Singh added, “India is soon going to celebrate the life of Atal Ji and his political ideologies. We have a powerful duo of Pankaj ji and Ravi ji to bring the story to life. We aim to release this film in Christmas 2023 which also marks the 99th birth anniversary of Bharat Rana Shri Atal Bihari Vajpayee Ji.”

Aneri Vajani’s Style Quotient is an inspiration to all

Court directs petitioners to implead ITC, Ministry of Finance, SEBI amongst others in the PIL – Adarsh Maharashtra