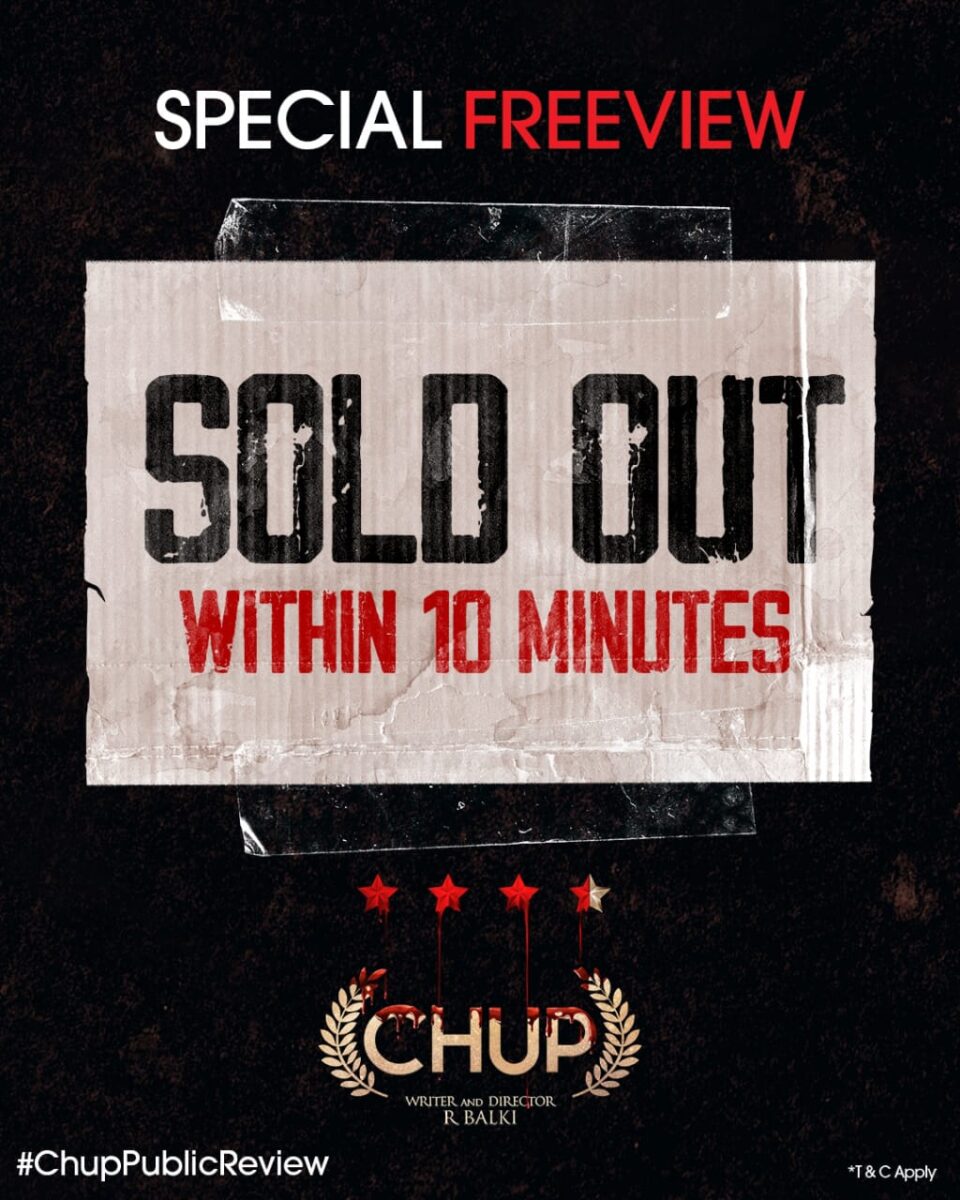 first-of-its-kind announcement of a special ‘free of cost’ viewing of R Balki’s ‘Chup’ for the audience across different cities of the country on 20th September, the makers of the highly-anticipated romantic psycho thriller are elated about the overwhelming response to the movie, as the tickets got sold out in mere 10 minutes post its booking on ‘book my show’.

For the first time ever, the makers of ‘Chup’ featuring Sunny Deol, Dulquer Salmaan and Pooja Bhatt, had organised a special public ‘free of cost’ viewing of their movie for the audience 3 days before its release and before the film critics, across 10 cities of the country. The remarkable thought of scheduling a special freeview of a movie received spectacular response by the movie buffs in cities including Mumbai, Pune, Ahmedabad, Delhi, Lucknow, Gurgaon, Jaipur, Kolkata, Bangalore and Hyderabad on 20th September. Interestingly, for the first time ever, the audience will get to see a film before anybody else!

Dr. Jayantilal Gada (Pen Studios) presents the film and all India distribution is by Pen Marudhar. The Director of Photography is done by Vishal Sinha and music composers are S D Burman, Amit Trivedi, Sneha Khanwalkar and Aman Pant. The songs are penned by Sahir Ludhianvi, Kaifi Azmi, Swanand Kirkire. Pranab Kapadia and Anirudh Sharma are the co-producers of the film.

first for alcobev in India, ABD launches ‘ICONiQ White Whisky’ in Metaverse, ahead of its market launch