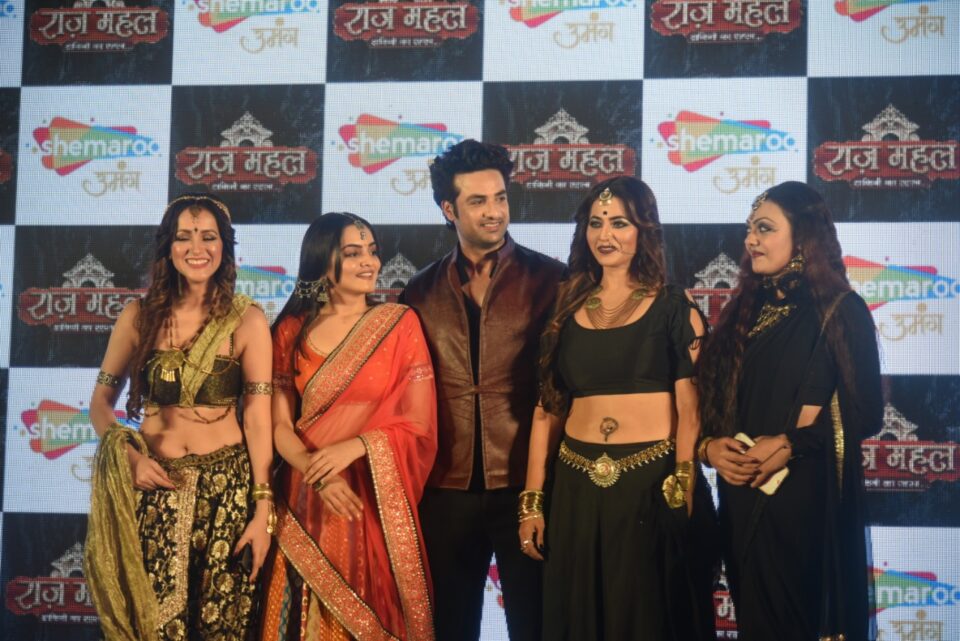 The thrilling fantasy drama revolves around Chandralekha who is an evil character and in quest to become an immortal, engages in activities which are dark and wicked. She is pitted against Sunaina, who is a pure and a kind-hearted soul and eventually gets married to Adhiraj, the royal prince. He is an obedient and loveable person, who respects everyone but is also extremely close to Dakini. Staying true to the promise of bringing unique and powerful stories, Shemaroo Umang presents to you a thrilling tale of love, family, dark magic, and revenge.

The lead star cast of the show are Ridhiema Tiwari, Neha Harsora, Himanshu Soni. The cast is also ably supported by an ensemble of actors like Preeti Puri, Ashish Drall, Himani Sharma, Arina Dey and many others in pivotal roles.

Sharing her thoughts on the story and her character, Ridhiema Tiwari adds, “Raazz Mahal blends mystic fantasy and stirring visuals with a strong emotional core. I am glad to be playing a lead character in this show. It’s unlike anything I’ve attempted before, and I look forward to portraying this powerful role and put my best foot forward for the audiences”.

Talking about the show, Himanshu Soni says, “I am thrilled to be a part of Raazz Mahal. The show has a unique premise, and the audience will undoubtedly love the story of a dakini and the royals. I am eagerly waiting to see the fans reaction on the new look and character. I hope I do justice to the role of Adhiraj.

Talking about the show, Neha Harsora says, “Raazz Mahal will mesmerize viewers with its suspenseful plot and captivating visuals. My character is all about courage and valor and I am very excited to be part of this show. I can’t wait to see the audience enjoy this epic drama.”

Mounted on a grand scale with stunning visuals, graphics, and sets, ‘Raazz Mahal’ is another exciting endeavor from Shemaroo Umang to bring alive a diverse platter of original programming especially for Indian audiences.

Riteish and Genelia Deshmukh starrer Ved Teaser receives immense love from their friends and colleagues from the industry including Akshay Kumar, Salman Khan, Sidharth Malhotra, Karan Johar, Farah Khan and many others