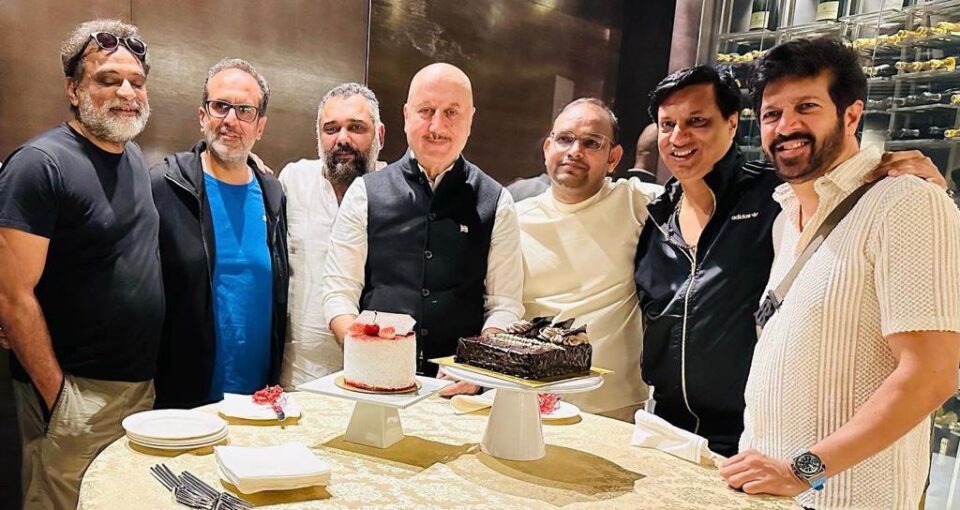 Anupam Kher, one of the most revered actors of the Indian film industry who had recently worked with producer Mahaveer Jain for his latest film Uunchai with Rajshri production has been in praise of the producer since. Mahaveer Jain is known for producing gems like ‘Ram Setu’ , ‘Good Luck Jerry’ etc.

Anupam Kher took to Twitter to shower the award winning producer with praise “Thank you #MahaveerJain ji for bringing some of the finest directors together to felicitate my success in 2022 & the success of #Uunchai. Thank you dear #RBalki @aanandlrai #LuvRanjan @imbhandarkar @kabirkhankk for your warmth & appreciation! I admire you all.🙏❤️ #BestGift “

2022 has been quite a year for Mahaveer Jain with Ram Setu, Good Luck Jerry and Uunchai, 3 back to back movies being admired by the audience.

His 2023 too looks just as exciting with an unnamed project with RamSetu’ Abhishek Sharma as well as some more projects in the pipeline.