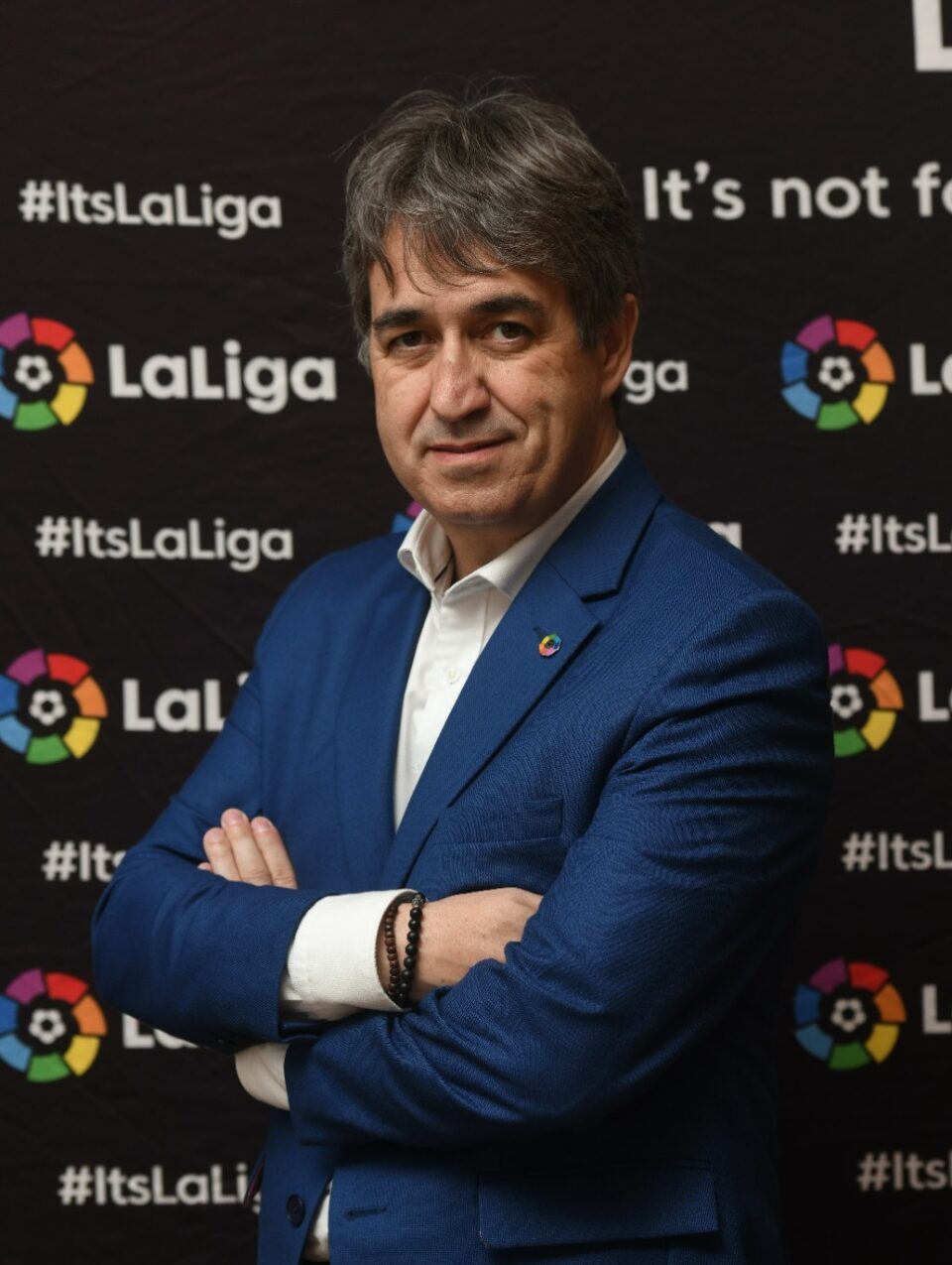 Mumbai, 07 September 2022 – Spain’s top-flight football league, LaLiga, kicked off its new season a few weeks ago to an action-packed start for fans across the globe. The passionate fanbase in India can catch all the matches on LaLiga’s broadcast partner, Viacom18 platforms: Sports18, VootSelect and JioTV. Select matches will also be shown live on MTV. With several matches across matchdays featuring special India-focused kick-offs, the season has already grabbed eyeballs of fans in the country. A season kick-off held in Mumbai today also saw attendance from Mr. Carlos Santamarina, Head of Tata Academy, Atletico de Madrid who spoke about their plans for the Indian market.

The first two matchdays of the season featured some nail-biting matches between the 20 best Spanish clubs as they clashed to establish dominance early on. Standout performances from clubs like Atletico de Madrid, Rayo Vallecano and Valencia among others, along with seeing the exciting new FC Barcelona and Real Madrid squads in action for the first time certainly grabbed eyeballs across the globe. The newly promoted clubs Almeria, Real Valladolid and Girona took the first two weeks to find their footing in the first division league and promise some strong action in the coming season. The plays with the new big signings like Robert Lewandowski and Aurelien Tchouameni were highly anticipated, and they did not disappoint, signalling to something even greater as the season proceeds.

The 2022-23 season is the second one on Viacom18 and the broadcaster, yet again, came out strong with on-air programming initiatives and promotions to further improve the viewing experience for Indian fans. The new campaign for this season, #WhyWatchAnythingElse and the weekly football round-up show, ‘Football Goal’d’ with the superior packaging of LaLiga content have been put together and promise the best experience yet for fans in the country.

Jose Antonio Cachaza, Managing Director, LaLiga India, said, “With every new season of LaLiga, we work towards providing even better content and experience than before and we’re ecstatic to see the outcome of our effort in the love and support we get from audiences globally. It has been very rewarding to work with Viacom18 to continually increase accessibility for the existing and potential fan base here.”

Siddharth Sharma, Head of Content, TV & Digital, Viacom18 Sports, said, “LaLiga reached over nine million fans through our network, and we want to build on this further with the launch of our dedicated sports channel Sports18. It will be our endeavour to take the league to a larger fan base across the country through our platforms.”

With the first of 380 nail-biting encounters played out on September 12th between CA Osasuna and Sevilla FC at the new-look El Sadar, voted the 2021 World Stadium of the Year by Stadium Database, the big games come thick and fast soon after. The historic Madrid Derby between perennial title-challengers Real Madrid and Atlético de Madrid will kick off the season’s derbies in September. ElClasico, which pits together FC Barcelona and Real Madrid in the most high-profile club match in world football, returns on the weekend of October 15th, while the historic and always entertaining Seville, Barcelona and Basque derbies follow in November, December and January, respectively.

Games such as these are a big factor in why LaLiga is the most followed domestic football league on social media, with over 160 million fans all over the world enjoying LaLiga content in 20 different languages across 17 different platforms. But LaLiga is also leading the way in digital outreach for international fans with Play LaLiga, the only self-produced TikTok show by a European league, the creation of the first-ever mini-app on Alipay for Chinese fans, and the launch in Indonesia and Thailand of LaLiga Pass, a self-developed OTT offering all LaLiga Santander and LaLiga SmartBank matches for fans on demand, among many other initiatives.

The 2022/23 season kick-off also marks a crucial moment for LaLiga off the pitch. Clubs across LaLiga Santander and LaLiga SmartBank are looking to take a giant step forward in their development and growth thanks to Boost LaLiga, a large-scale €2 billion investment project made possible by LaLiga’s agreement with investment fund CVC in December 2021. Clubs are already working across the board on ambitious development plans in areas such as strategy and business, infrastructure, international, brand and product development, digitalisation, and tech innovation, among others.

Meanwhile, LaLiga Tech, the LaLiga subsidiary which offers technological and innovation solutions, continues to expand its business in over 50 countries with companies from multiple sectors including broadcasters, federations and leagues. LaLiga Tech aims to transform the sports and entertainment sector with the design and implementation of OTT services, applications, games, websites, fan engagement, the improvement and protection of content and competition management. World Padel Tour, Millicom, Sky Mexico and MotoGP rights holders Dorna are just some of the organisations who have already adopted tech solutions developed by LaLiga Tech to digitize their operations.

With all the excitement, passion, drama, thrills and spills and competitiveness from top to bottom of LaLiga Santander guaranteed on every matchday with an unbeatable and best-ever television experience, you won’t want to miss a single moment of the 2022/23 campaign, which will be available on Viacom18 all throughout the season. Let the games begin!

R Balki’s special freeview of ‘Chup’ sold out in 10 minutes across the country!*