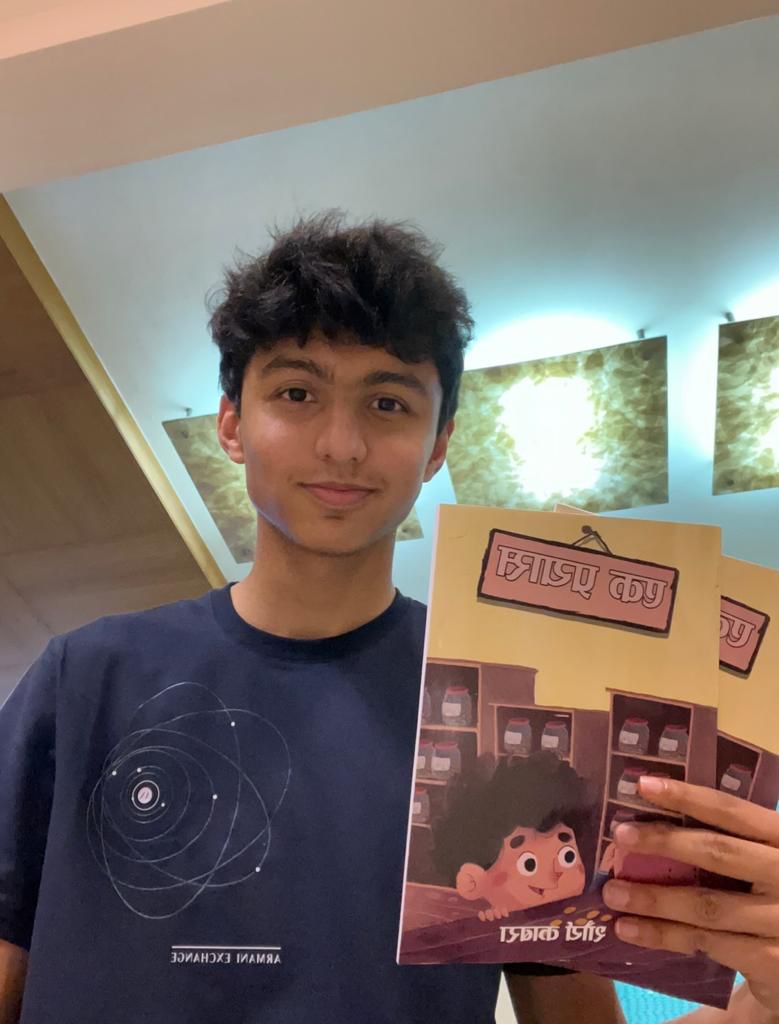 While most young people his age are pursuing personal destinies or just having a good time, Shaurya Kabra is out there doing it for India!
​At just 17 years of age, he has already done more than most people would in an entire lifetime. He has launched an initiative, Ek Prayaas, with the objective to make all of India – and especially the rural population – financially literate and show them how to grow and manage their resources without feeling overwhelmed.

​Under the Ek Prayaas umbrella, Shaurya’s most impactful project has been his authoring of the similarly-titled book, Ek Prayaas – which uses stories and fables to convey pertinent financial lessons and morals to students. He was motivated to write this book after interacting with sections of poor, rural folk and realizing just how financially illiterate they are and how this illiteracy can be exploited by unscrupulous elements.
​In a simple, yet entertaining manner, the book educates the reader on how to manage their earnings and savings more effectively, and better understand financial concepts such as household budgeting, savings, investments, fixed deposits, loans, etc. It also guides them on how to recover from financial setbacks and manage emergency expenditure without feeling helpless.

​The book additionally enlightens the reader about the full potential of various schemes unleashed by the Government such as Jan Dhan bank account, direct bank transfer, etc.

​35,000 copies of the book were printed in various languages and distributed to over 400 rural schools across the country. The impact is already being felt with school children and school authorities evincing great interest and benefiting from the power and practical utility of such a publication.

A visionary by nature, Shaurya looks ahead and plans to translate the same into several other languages and thus achieve a total circulation of 2.5 lac which, because of the multiplier effect of even a family of four, would then effectively reach over 10 lakh people.

​A young man whose age belies his wisdom and maturity, he has spent time in various villages talking to the underprivileged and ascertaining the areas of concern. He has overcome barriers of language to answer their questions, clarify doubts and offer genuine advice. Despite all of this altruistic social outreach, he has maintained impeccable academic grades. It underlines his resourcefulness, excellent time management skills and meticulousness in setting objectives and timelines.
Shaurya Kabra is an intelligent and resourceful teenager with a kind heart. A rare combination that can only benefit the community, society and the country at large. Add to that his high caliber, grit and determination and values of empathy, compassion and service; and the indications are that even bigger things await him in the future.

It is indeed rare to discover such fire and passion in one so young – more so, fueling his zeal to serve community and country.

Zippo Lighters for the Perfect Photo This World Photography Day gift your friend a Classic Zippo lighter that makes for the perfect picture. – Adarsh Maharashtra