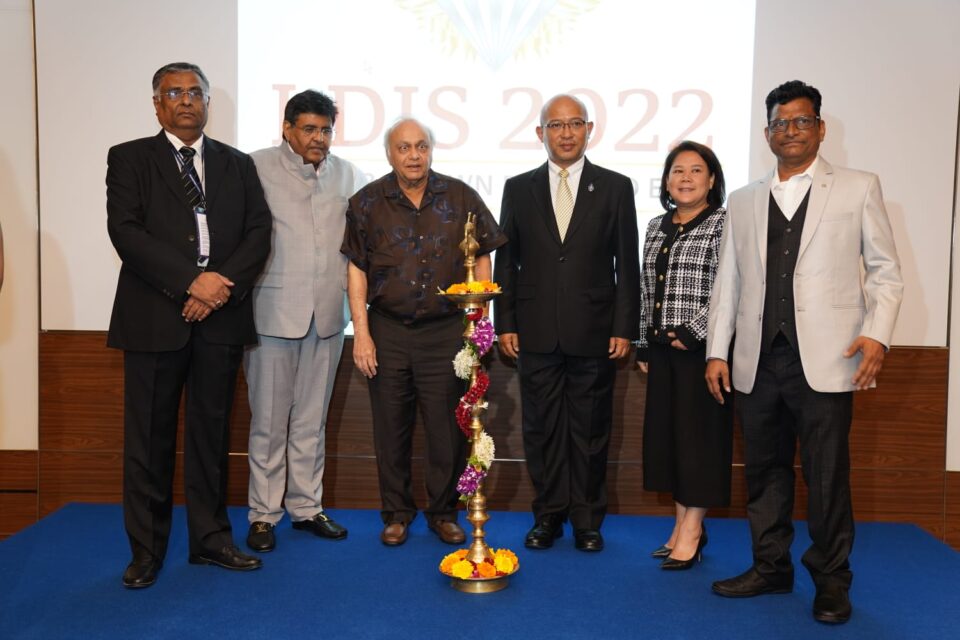 Spread across 5000 Square Metres, LDJS 2022 will witness more than 100 exhibitors showcasing their varied range of diamonds & jewelry to the visitors. This prestigious expo is expecting more than 45,000 trade visitors, buyers and members of the trade fraternity with an equal number of general visitors from India & abroad attending it

The 1st edition of LDJS was a huge success & was spread across 40,000 square feet at NESCO, Mumbai. LDJS 2022 will have 9 countries participating with 12 Interactive Trade Sessions & 12 Fashion Shows, with models walking the ramp showcasing an array of LGDJS from various manufacturers & exhibitors from India & across the globe

Speaking at the inauguration on Friday, Mr Shashikanth Dalichand Shah, Chairperson, Lab Grown Diamond & Jewellery Promotion Council said, “It gives us an immense pleasure to inaugurate this prominent exhibition today. It has been a constant endeavor of the Council to not only promote LGDJs but also clear myths, create awareness & educate the trade & the end consumers on the various features, advantages & benefits of LGDJs in India & abroad. This expo will showcase to the world the sheer skill, craftsmanship & finesse India has in producing these sparkled beauties. The industry in India has been growing rapidly & it’s just a matter of time when India will be the biggest outsourcing hub for LGDJs globally”

There has been a huge growth in Lab Grown Diamonds and Jewellery in India and Globally. As dependency on Mine Diamonds has reduced dramatically, hence making a substantial difference on the manufacturing, consumption & exports of LGDJs. In 2021 the LGD market in India was Rs 2200 Cr & is estimated to grow phenomenally .Currently, India contributes around 15% in global production of lab-grown diamonds.

Currently India’s LGDJ export is 1.3 billion US Dollars & is growing at a pace of 105 % Percent Year on Year as documented in government records. Export of lab-grown diamonds in April-June 2021 shot up to Rs 1,918.63 crore from Rs 295.23 crore a year ago registering a 113 percent growth. According to sources LGDs has the potential to grow to 40,000 Crores from the current 10,000 crores in the coming 5 years

Wise Guy Survey Report has estimated that globally the LGDJ market is growing at the rate of 28 percent annually. As per the statistics Mined Diamond consumption in India is just 4 %. That is only 4 out of 100 people can afford it. With LGDs this percent will rise significantly. Earlier perceived as only a rich & famous people’s possession. Now the middle class people also will be easily able to afford it in India opening the segment drastically

Shivya Pathania Enjoys her Vacation with Family in Himachal Pradesh

Is Shivam Sharma Going To Be Seen on MTV Splitsvilla 14 as a Wild Card Entry?