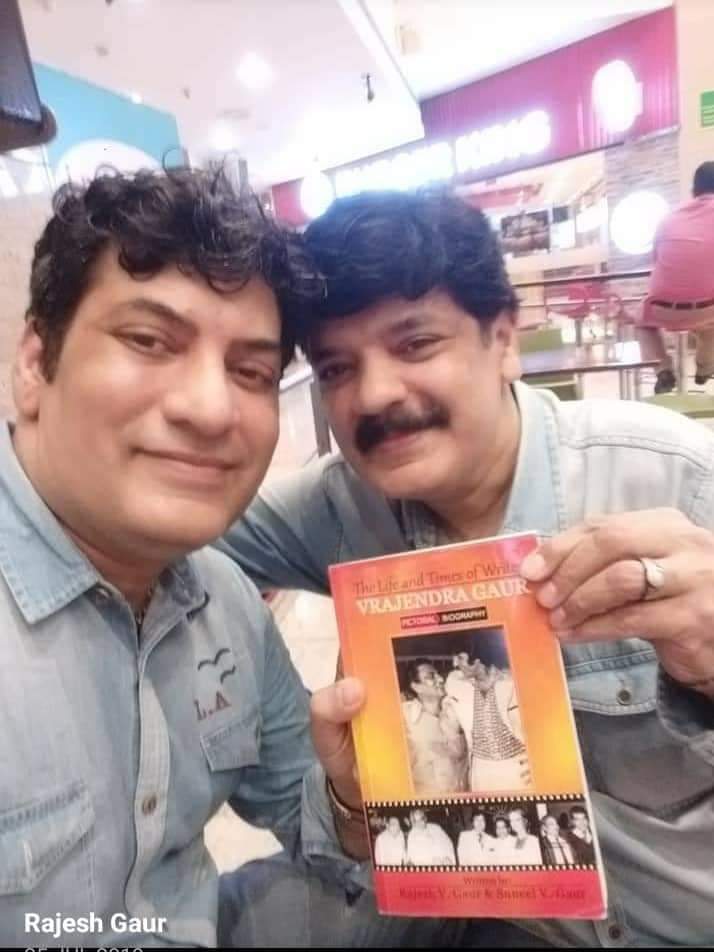 Noted film writer Vrajendra Gaur’s 42 nd death anniversary will be observed on 7th August
Gaur Saab was probably the only writer with a rich literary background to make it big in films. He was writing short plays on Air Lucknow when he was summoned by ;Motilal was greatly impressed by the candid nature of his play Dhai Lakh The film Sawan became a hit followed by other Super hit Ashok Kumar starrers Sangram, Parineeta, Kafila, Shamsheer. Sitaron Se Aage, Howrah Bridge. etc.

Gaur had also directed a lone film called “Kasturi” in which film maker Shakti Samanta was his assistant. Despite Kasturi doing well Gaur did not direct a film again and returned to his first love writing. He passed on the subsequent offers of direction to Shakti. Shakti samanta often said that he owed his career as a film maker to Vrajendra Gaur.

Vrajendra Gaur, had developed a deeper personal and professional alliance with Dev Anand that saw Gaur work on an enviable part of Dev Anand’s repertoire. He wrote Dev Anand’s ‘Jaali Note’, ‘Manzil’, ‘Baarish’, ‘Sarhad’, ‘Teen Deviyaan’, ‘Baat Ek Raat Ki, Tee Devian. Warrant, etc.
Dev Anand had once said ” There are many writers but Gaur was a rare talent who was exceptionally good at comedy, emotional and crime subjects. He understood the sensitivity of the subject and wrote accordingly, using words that uplifted the scene and the film. He wrote many of my films. Sadly he died young”

Thespian Dilip Kumar had this to say on Vrajendra Gaur’s demise: I have lost a dear friend . This was not the time for him to depart. Vrajendra Gaur bhai was a real gem of a writer as well”

Dharamendra paid respects to Vrajendra Gaur ” Gaur sahab mere bhai the. He wrote some of my films. Vrajendra Gaur wrote films for more than 30 years and he wrote great dialogues and screenplays. A rare case of a very talented writer who gave hit after hit for three decades. He will always be missed”

Megastar Amitabh Bachchan ji said ” Vrajendra Gaur ji was a simple person and a wonderful friend. His writing skills were exceptional. The dearth of gifted writers like Gaur ji has led to the sorry state of films in recent times”