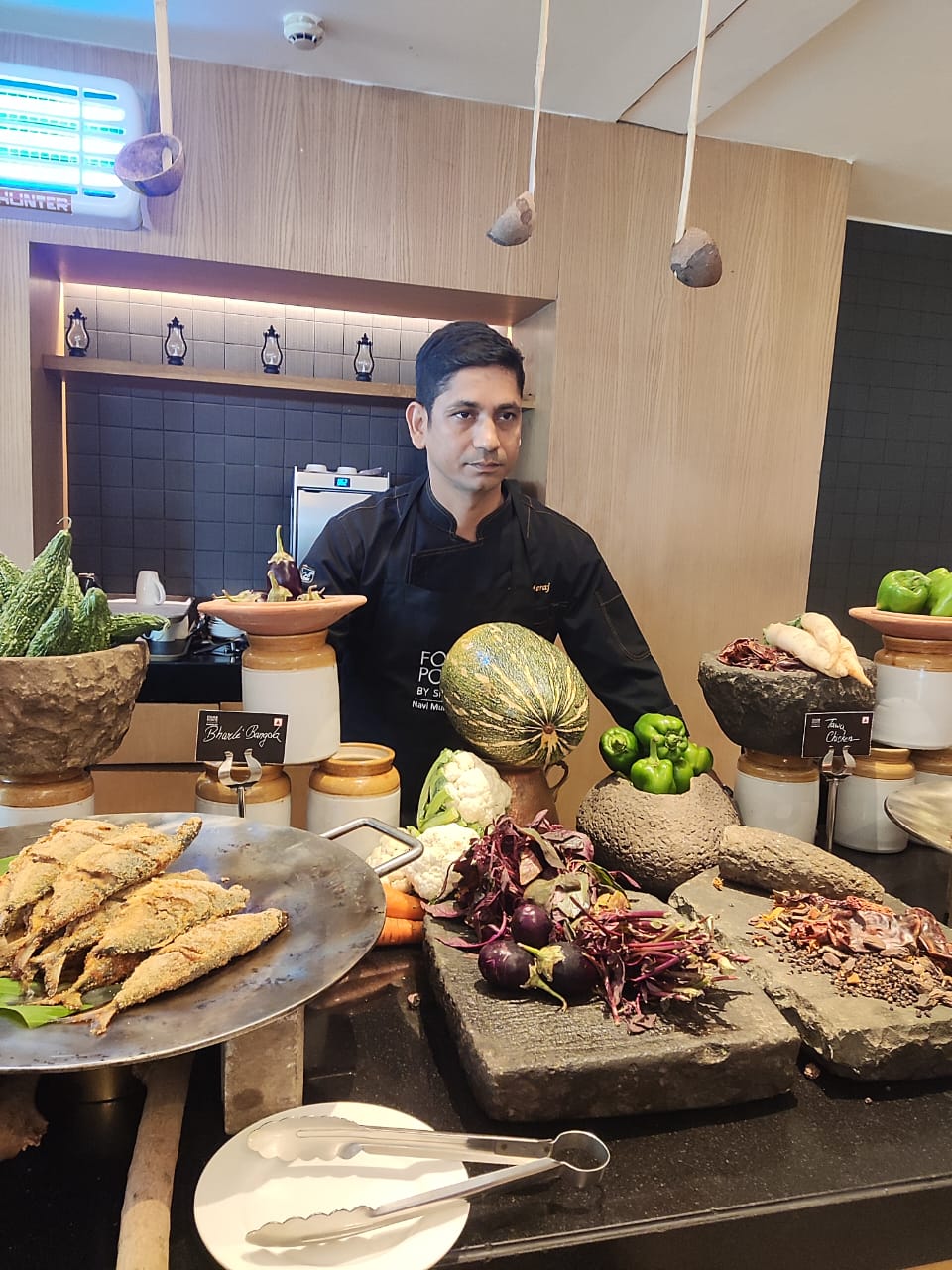 The ambience was quiet very cool with melodious live music
And the place was well decorated and the customers would feel at home in a cool ambience with the light music
The counters were well set up
As you enter you would be greeted
By the receptionist
And she would guide you to the banquet room on 2nd floor
As you entered the banket the lobby manager would welcome you
And give a guide about the counters
The starter counters in the beginning
Then would come the live counters
And the main course and the other side had varieties of deserts and icecreams which we would like and to have the sea food and the muglai items vere the best
Live counters were also items which Chef recommends
Like the dal etc
Varieties of Indian breads and cheese varietys counters with spreads were the best
The presentation of food and display of cheffing dishes. Were very unique with clay vessels and latest variety of cheffing dishes a person would definately feel at home in a hot afternoon in a cool ambience with light live music
As the customer would leave near the door there was the mukheas counter with huge varieties of mint and digestable varieties of mukheas
And lastly they gave a memento to thier customers it was an exciting and a fun loving afternoon
[13/11, 15:43] kaushik madhani: The experience was not 4 points but it was double the highest 10 points 10 stars