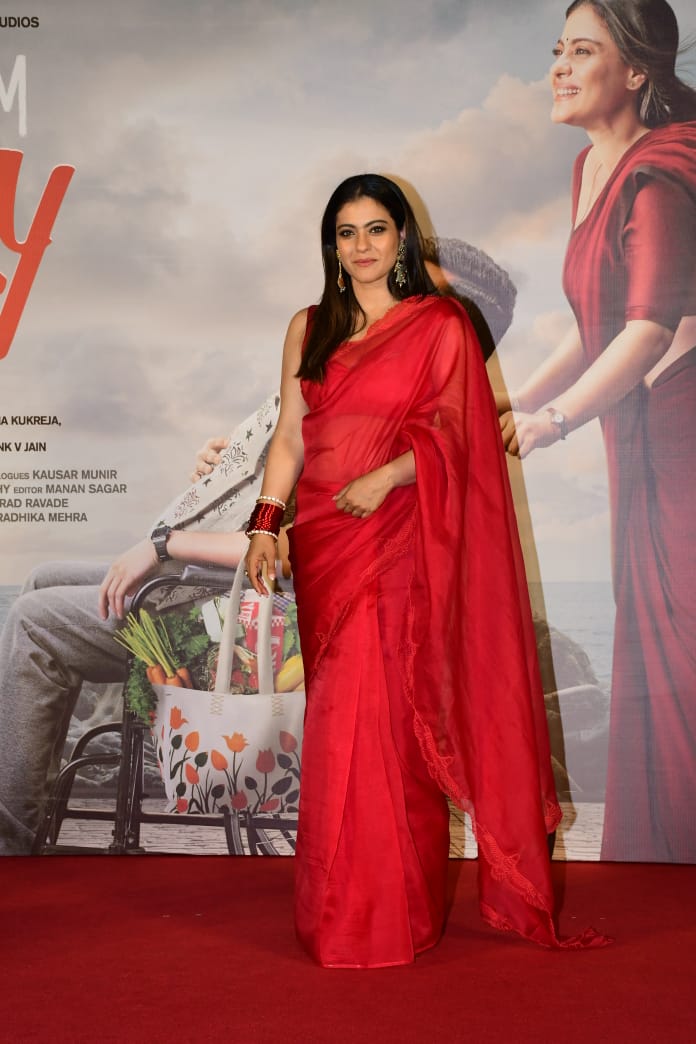 The trailer of one of the most awaited projects of the year, Salaam Venky starring Kajol was launched at an event in Mumbai on Children’s Day. The film is based on a truly incredible story of a mother who fights through every challenge her son faces and helps him live life to the fullest, a celebration of life.

Helmed by Revathy, the trailer of Salaam Venky showcases Kajol as a mother and actor Vishal Jethwa as Venkatesh aka Venky, sharing a very special mother-son bond. The trailer also depicts that Venky has a deteriorating health condition but despite it, he aims to fulfill all his dreams.

Speaking about the film, veteran actor and filmmaker Revathy shared, “Salaam Venky is a project that is extremely close to my heart. I’ve always believed that mothers are real heroes and through Salaam Venky, it’s my absolute pleasure to be able to tell this incredible true story of a similar mother and her unconditional love for her son.“

The leading Superstar, Kajol added, “I feel, I am very fortunate to play the role of Sujata in Salaam Venky and also being directed by Revathy. Since the day I heard about the idea of the film, it touched my heart too deeply and I knew I definitely wanted to be a part of this wonderful story.”

The producer of the film Suuraj Sinngh shared, “It was a wonderful experience to be associated with Kajol and Revathy Ma’am. We are truly blessed that we are able to deliver such a beautiful and powerful story to the audience and we strongly believe that Salaam Venky is a story that will touch millions of hearts.”

Elated Producer Shraddha said, “Salaam Venky is extremely special project for all of us, Its been a privilege to work with Kajol, Revathy ma’am and other renowned actors. We have made this film with love, we really hope the audience receives it with open arms and showers it with love and support”.

Presented by Connekkt Media and produced by Suuraj Sinngh, Shraddha Agrawal, and Varsha Kukreja under the banner BLIVE Productions and RTAKE Studios, Salaam Venky is directed by Revathy and is set to release in cinemas on 9th December 2022.

Malaysia Airlines launches Year-End Sale; offers up to 25% off for select destinations