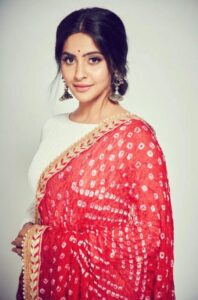 Yukti Kapoor who essays the role of SI Karishma Singh in Sony SAB’s Maddam Sir, expressed,
“There is not a single day when we don’t appreciate the presence of Television in our lives. Since childhood and till now Television is growing its landscape and connecting the world together through its ever-evolving content. From the early days of Mahabharat and Ramayana, the industry has come a long way in showing progressive and relatable content that suits the viewer’s choice. I’ve been in the TV industry for 12 years now and it gives me immense pleasure to be a part of such a huge and loving platform. On the occasion of World Television Day, I want to thank all those who make TV viewing such a wonderful experience for us, each day.” 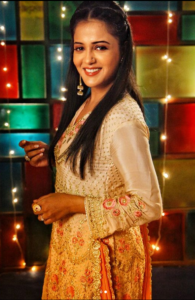 Gulki Joshi who plays the role of SHO Haseena Malik in Sony SAB’s Maddam Sir, said,
“We have all grown up using television so much in our early days that it has become an integral part of our lives. I recall racing home from school to watch my favourite cartoons and television shows. It was fascinating to see how these actors portrayed various roles. As a child, I dreamed of pursuing various careers, which changed every year, but later on, the shows I watched had a strong influence on me to decide what and where I wanted to be- which is to join the television industry. Today, I am grateful to be a part of this industry, and I observe World Television Day each year to commemorate my journey.” 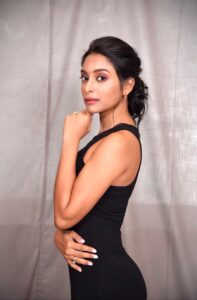 Maddam Sir’s Chingari Gang lead Rachanaa Parulkkar said,
“For me, television is something I can unwind with since it helps me to relax after a tiring day or sometimes watching content that helps me grow as an actor. I remember during my childhood I used to enjoy watching Dekh Bhai Dekh and Tenali Rama. Not just that, I enjoyed all the cartoons on Cartoon Network and 90s music on MTV and Channel V. If I have to share my fondest memory of television, it will be my debut through the platform and I’m eternally grateful to be a part of this fraternity.” 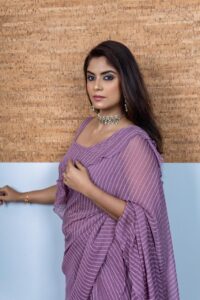 Portraying the role of Television’s first SimSim in Sony SAB’s Alibaba Dastaan-e-Kabul, Sayantani Ghosh said,
“I remember all the family members coming together on Sunday mornings to watch Mahabharat. The entire colony would be silent since everyone would enjoy this show. This is one of the best memories I have from my childhood that I will always cherish. One of my favourite shows which touched my heart was “I Dream of Jeannie”. With thorough entertainment, this show had a huge impact on me and changed my life forever. I must say, this show has played a crucial part in my decision to become an actor as it made me believe that I can too, turn my dreams and visions into reality. I started auditioning, taking up gigs, working hard and I finally achieved my dream. From enjoying the television shows as a viewer to working in them, television has played a very important part in my life. For actors, TV is a medium to connect with the viewers from every corner of the country.” 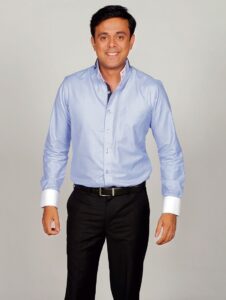 Sumeet Raghavan from Sony SAB’s most loved show Wagle ki Duniya – Nayi Peedhi Naye Kissey, said,
“I have loads of special memories throughout my career in TV which started with my first ever role, as a child artist, in a Marathi show called Faster Fene. Another is when I played Sudama in Mahabharat, when we were shooting a scene in the rain during the night. I had to stand on a tree and delivering my dialogues was an effort as I was shivering due to the cold. Then, Ravi Chopra, using a ladder to come to me with a cup of tea saying, “Sumeet try this cup of tea, it will keep you warm” and I was so moved by his kindness. Another memorable moment is when I got to work with Satish Shah who is a huge celebrity, which was a dream come true! So many of my projects like the few I mentioned and the shows that I looked up to have always been instrumental in my taking up acting in the television industry as a career choice.” 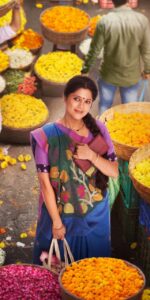 The beloved Pushpa from Sony SAB’s Pushpa Impossible shares,
There are many shows like Ramayana and Mahabharat that are very close to my heart as they were an integral part of my childhood because I didn’t just learn moral values from them but also followed them almost religiously. There were also shows like Hum log, Kashish, Khaali Haath, Mirza Ghalib and others that I watched as a teenager and they influenced me to pursue a career in acting. When it comes to ideals as an actor, there are a few characters, such as Neena Gupta in the show ‘Mirza Ghalib’ and a TV show called ‘Rajani’ whose characters inspired me to be a good actor. I believe that as Pushpa, I’m very similar to the character of Rajani, which gives me great joy and satisfaction.

Uh-Oh! Kunjbala falls and injures herself at the Patel family’s home in Sony SAB’s Pushpa Impossible

Celebrating the life and journey of Whitney Houston with “I Wanna Dance with Somebody”!