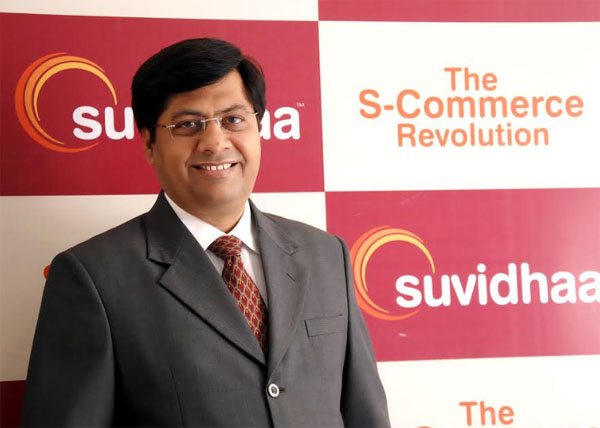 By Paresh Rajde : For India’s population of 1.3 billion, cash still remains the preferred mode of transaction, especially in semi-urban and rural areas. This is despite the government’s stringent steps to create a cashless economy – including the Demonitization move on November 8th, 2016 and Digitization efforts.

Setting up dedicated ATMs and servicing them is increasingly becoming unviable for banks due to rising costs of maintaining and servicing– ATMs require large fleet of vehicles to feed them and a huge manpower for manning and loading, besides continued investments in technology upgrades. The proposition has been rendered further unattractive as income of banks from the interchange-fee, which is the fee charged by banks to customers of another bank for letting them use their ATMs, has also gone down to Rs 15 per transaction from Rs 18 earlier.

In 2012, RBI had allowed setting up of white label ATMs (WLAs) – which are ATMs owned and operated by non-banks, with an objective of greater financial inclusion. However, the authorized operators of WLAs, known as WLAOs, were unable to achieve the set targets. The growth of white label ATMs has also been very poor, especially in the rural areas where the number has registered a negligible growth rate of just about 4% year-on-year as of December 2017 as compared to 11% and 16% growth during same period in Metro centres and Urban centres, respectively. During the quarter ended December 2017, there were 14,796 WLAs running across the country, out of which 6,109 are deployed in rural centres, as per RBI data.

Low ATM deployment in rural areas both by banks and WLAOs is a digression from the government’s objective of financial inclusion and the Prime Minister’s Jan Dhan Yojna mission, which envisages providing banking services at the last mile. The RBI too, in its 2016-17 annual report, raised concerns about the WLA targets not being met by the WLAOs. The regulator’s concern also stems from the fact that WLAOs failed to lap up the opportunity to find innovative ways for making their ATM business models viable.

Suvidhaa and Hitachi have been among the firsts to spot an immense potential in entering the WLA fray when the regulator in December 2016 allowed the WLAOs to source cash from retail outlets. Accordingly, Suvidhaa has tied up with Hitachi Payment Services to deploy ATMs at their flagship outlets, which will further drive ATM penetration in semi urban and rural locations.

We saw an opportunity to set up a joint WLA network across the country – 1,000 ATMs to start with and several thousands more in semi-urban and rural areas.  We also decided to make the WLA service an integral part of our financial services hub ‘Suvidhaa Centre’, which are one-stop-shop for all financial services – from bill payments to mutual fund & insurance investments and from ticketing services to domestic remittances.

Our strategy to establish a vast ATM network at optimal set-up costs through co-sharing of infrastructure with existing business partners, deploy cash for these ATMs from our over 22,000 Suvidhaa retail store network and hence, provide an entire bouquet of financial services to our large client base of over 40 million customer base across the country – now makes us well placed to capture the white label ATM market.

Indeed, a good start for Suvidhaa but also a great learning for all those willing to set up a viable WLA network and leverage it for financial inclusion and meeting the cash needs, especially in rural areas and at the last mile.

(The author is the founder of Suvidhaa Infoserve Private Limited)