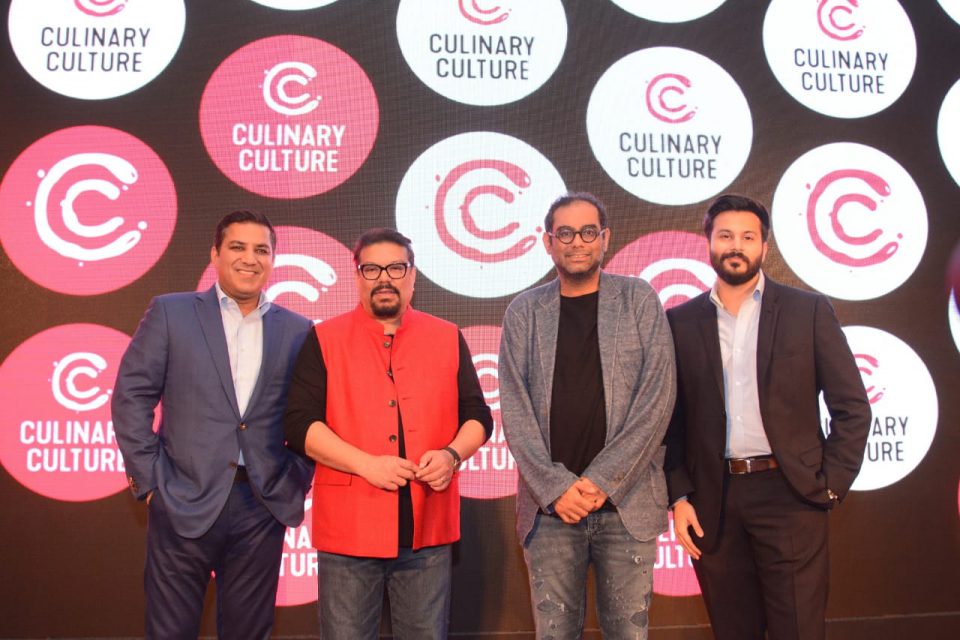 Mumbai March 3, 2020: The Indian food scene is all set for a transformation with the launch of Culinary Culture that was announced today. Culinary Culture is a platform, modelled along the likes of The Michelin Guide, which aims to be India’s most definitive voice in food and has been launched by Sameer Sain, Founder of Everstone Group and veteran journalist Vir Sanghvi. The platform will rate restaurants in an objective, unbiased manner, recognize achievers in the industry and organise knowledge exchange sessions with globally acclaimed chefs. The launch event was also attended by renowned Chef Gaggan Anand, who is also the Mentor of Culinary Culture and Raaj Sanghvi, CEO, Culinary Culture.

Culinary Culture aims to revolutionize the food space in India as the country’s only authoritative, independent rating organization by awarding Foodstars to restaurants. These Foodstars will be awarded to restaurants through a rigorous and independent multi-channeled process which includes The Academy, an unbiased team of over 40 culinary experts, influential food critics and writers spread across more than 15 cities, full time anonymous Food Referees and a distinguished Jury of some of India’s most acclaimed food personalities. Culinary Culture will also serve as a platform for enrichment by organising global culinary exchanges, bringing the world’s greatest chefs to cook in India and send Indian chefs to cook at the best restaurants in the world. The company has also launched the ‘Street Food Superstars’ initiative which is the first award platform dedicated to street food vendors across India. A special award to recognize chefs in India will also be launched later in the year.
Addressing the gathering during the event, Sameer Sain, Founder, Culinary Culture, said, “We pledge to create a culture that brings India to the world and the world to India. To lead a movement that takes India, the land of a thousand cuisines, to the next level of gastronomic excellence. We have a simple mission: To erase geographical boundaries between Indian and International Chefs and cuisines and enrich both. It’s all about opening out our minds, manners and tables to create a culinary culture that binds us all for the love of food.”
Elaborating on Culinary Culture’s objective outlook, Vir Sanghvi, Chairman, Culinary Culture, added, “Culinary Culture awards stars to restaurants rated by a team of culinary experts. Rigorously judged and uninfluenced by commercial and advertising concerns. Highly coveted, precisely rated. Culinary Culture’s Foodstars are the ultimate honour for a restaurant that’s worth your taste, time and money. Authentic, anonymous, accurate ratings curated by those in the know; for those who deserve to know.
Chef Gaggan Anand, said “The mission is to give unrecognized, underrated and very domestic eateries in India more attention and better opportunities.”
Raaj Sanghvi, CEO, Culinary Culture said, “Part of our mission is to elevate India’s Culinary Culture in a global context. We have the most exciting line-up of chefs visiting India and will present World No.1 Mauro Colagreco from Mirazur in Mumbai later this week followed by other Three Michelin starred chefs like Julien Royer and Gert De Mangeleer. But what excites me most, is taking some of India’s most talented young chefs abroad for Culinary Exchanges at some of the world’s best restaurants. This has never been done before and is just the beginning.”
Culinary Culture will present Italian-Argentinian chef Mauro Colagreco from the acclaimed Three Michelin starred Mirazur, rated as The World’s Best Restaurant in Mumbai this week. Chef Mauro Colagreco will be recreating his award-winning restaurant Mirazur with two special dinners at St. Regis Hotel on March 6 and 8, 2020.