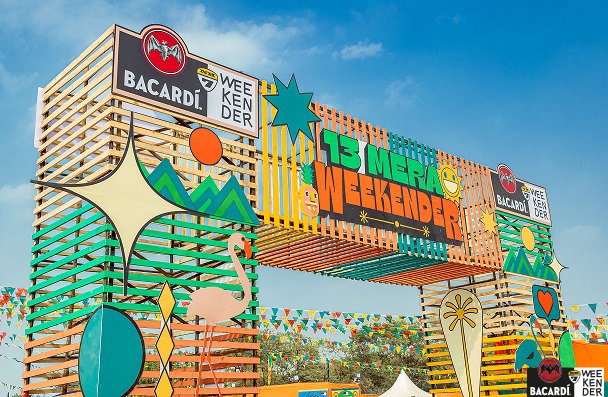 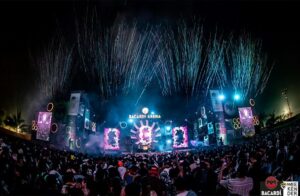 Pune, 6th December, 2022: BACARDÍ and NODWIN Gaming have successfully wrapped up the 13th edition of India’s happiest music festival, BACARDÍ NH7 Weekender. Held at Pune’s Mahalakshmi Lawns from the 25th to the 27th of November, the 3-day multi-music genre festival was attended by thousands of fans from Pune and other cities across the country.

The 13th edition of BACARDÍ NH7 Weekender celebrated the spirit of ‘#13MeraWeekender,’ which was instrumental in bringing together some phenomenal talent for an equally passionate and growing number of music fans. This year, the festival was host to 4 stages – BACARDÍ Arena, 13 Mera Stage, Casa BACARDÍ, and Casa Indie – which kept the audience engaged and on their feet for hours. With a lineup of 40+ indie Indian and international artists, this year featured a true-blooded musical weekend with a diverse pool of talent including some of India’s most talented Hip-hop, metal, indie, and pop artists, and jaw-dropping headliners from the global arena. Metal fans vibed at the mosh pit at the high-energy acts by artists like Bloodywood, Kraken, Gutslit, Pacifist, and Down Troddence. Folks who love contemporary flows enjoyed acts like The F16s, Yashraj, Sanjeeta Bhattacharya, Anuv Jain, Parekh & Singh, Mame Khan, Tejas and Kamakshee Khanna. Hip Hop acts like international star J.I.D and Homegrown artists like Hanumankind, Wild Wild Women, Meba Ofilia, KRSNA, MC Altaf, and PAV4N made the audience jump. The festival also saw soul-touching performances by international artists like American folk rock band The Lumineers, Dirty Loops, a Swedish Jazz, R&B, and Pop band, and Tiny Fingers, an Israeli Band who all brought to the fore diverse musical expressions.

Sameeksha Uniyal, Brand Lead, BACARDÍ India & South East Asia, said, “Our consumers are at the heart of everything we do and we are thrilled with how BACARDÍ NH7 Weekender came alive once again this year. The 13th edition – #13MeraWeekender was bigger and better, with a mélange of multi-genre music, immersive experiences, and creative expression. We are humbled to be a platform for many seasoned, upcoming, and aspiring musicians and a space for fans to discover new music, as they are the backbone that makes our festival a pulsating, rocking success. At BACARDÍ NH7 Weekender, there is always something for everyone and this year was truly one for the books.”

Akshat Rathee, Co-founder and Managing Director, NODWIN Gaming, added, “The theme for this year’s NH7 Weekender was #13MeraWeekender, and we were elated to bring together fans of indie music under one roof. Audiences this year witnessed a lot of firsts, with electrifying performances from American folk rock band The Lumineers, American rapper J.I.D, Swedish band Dirty Loops, and many more. The festival was a grand success as we brought to fans a mélange of genres through this year’s line-up of performers for the signature Weekender experience.”

Alongside unforgettable performances, BACARDÍ NH7 Weekender an IP of NODWIN Gaming presented by BACARDÍ experiences, had a lot in store for fans including curated pop-ups, a gaming zone, photo booths and an experiential Speakeasy introduced for the first time ever, where music lovers could vibe to afro beats. Festival goers could hit the reset button between performances and choose from a wide selection of food made by some of the city’s most talented homegrown chefs. The festival also supported several initiatives and worked with accessibility partners for the differently abled, inclusivity partners for the LGBTQIA+ community, and sustainability partners who provided fans with reusable glasses made of rice husk and bamboo straws– making BACARDÍ NH7 Weekender the happiest music festival for all.

Since the start of the festival’s journey in 2010, BACAR.DÍ NH7 Weekender has carved a niche for itself as a torchbearer for independent music in India. Starting off as a home for indie musicians to connect with their fans, the festival has observed exponential growth over the last decade, both sonically and as a community.

Malaysia Airlines launches Year-End Sale; offers up to 25% off for select destinations

Hungama Artist Aloud sets the stage for the music launch of the film Life Is Good, an invigorating evening with Jackie Shroff, Anant Mahadevan, Anand Shukla, and Abhishek Ray