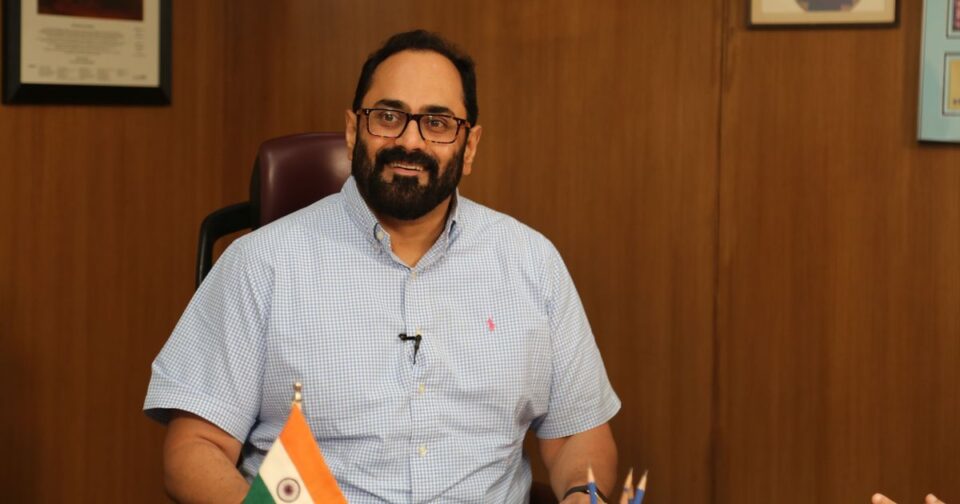 Amid the clamour for a blanket ban on online gaming in Tamil Nadu, the Union Government has unequivocally reiterated its commitment to fostering innovation and support start-ups in every part of the digital economy, including gaming.
“The government and the Prime Minister Shri Narendra Modi are committed to ensuring that India’s economy utilises the energy, passion, determination and hard work of every young India”, Rajeev Chandrasekhar, union minister of state for electronics and information technology said while speaking about the future of emerging technology opportunities such as AVGC (Animation, Visual Effects, Gaming and Comics).
The statement of the union minister assumes significance in the backdrop of recent development in Tamil Nadu with the state government setting up a four-member panel headed by justice K Chandru (retired) to give recommendations for the promulgation of an ordinance to regulate online gaming.
Alluding to an inter-ministerial panel being appointed by the union government, Chandrasekhar without giving more details on impending legislation or regulation merely stated “our government is committed to innovation and start-ups in every aspect of digital economy, including everything and not only gaming”.
However, his statement that “gaming innovators should not feel they are being restricted in any way” must be reassuring for the start-up online skill gaming ecosystem of the country.
Allaying the fears of misuse of online gaming, Chandrasekhar went on to say “things like gambling, which are forbidden under the criminal penal code and are not permitted in the physical world, would also be prohibited in cyberspace”.
The minister said user safety, online trust are key issues and the centre’s proposed regulation will look at the instances of dealing with online criminality or illegality.
Chandrasekhar was speaking exclusively to a private news channel (India Ahead) and his statement assumes significance in the backdrop of talks to invoke stringent restrictions against online gaming.
The central government has already set up an inter-ministerial taskforce to identify a nodal ministry, understand international best practices and recommend a uniform regulatory mechanism for the online skill gaming industry.
After setting up the task force, Chandrasekhar along with various other government representatives held a consultative meeting with stakeholders from the online skill gaming industry on June 7, 2022 to understand ways in which the Central government can facilitate the industry and enable a regulatory framework.
Earlier this year, the Hon’ble Prime Minister, Shri Narendra Modi, made his vision clear for the Online Gaming industry. He firmly stated that “the gaming market is huge internationally and the number of youth connected to this market globally is increasing. That is why in this year’s budget (2022-23) we have focused on Animation Visual Effects Gaming and Comic (AVGC).’’ It is quite certain that the Online Gaming industry will be a critical component of the AVGC policy, especially if given a stable regulatory environment.
Online skill gaming is becoming a sunrise sector over the last few years, which is expected to become a US$ 5 billion market in India by FY2025 and generate 2 lakh new jobs in the process.
The online skill gaming industry is still at a nascent stage. If every state has different regulations for online skill gaming, it can become a daunting prospect for operators as well as investors, which can lead to drying up of FDI as well as raise a question mark regarding policy stability in the country. The constant uncertainty also acts as a serious hindrance to the growth of this high potential industry.
Online gaming experts are favouring a uniform national regulatory framework that can enable the industry to grow by leaps and bounds, adding substantially to the economy. Checks and balances would be needed, especially those that help in creating a safer playing environment for all gamers. The protection of the consumer & incorporation of responsible gaming policies also needs to be ensured. Data privacy and protection, KYC of every customer, and a grievance redressal system will go a long way in establishing the industry as a compliant and growing part of the economy.

Vigor LaunchPad, an extraordinary journey that started at a café, over a cup of coffee celebrates its 5th year anniversary with its team, clients and digital creators

#EngineeringChange – the latest campaign from Gillette, urging young India to discover the true potential of their education

Prime Video’s The Lord of the Rings: The Rings of Power Asia Pacific Premiere Tour commences with a bang!* *The series’ cast and crew receive a grand welcome from fans, actors Hrithik Roshan and Tamannaah Bhatia*