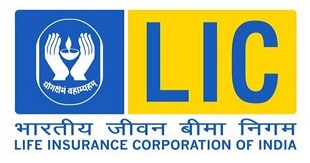 Pension &Group Superannuation Business  have collected ` 62385 cr as New Business  Premium  Income as against   ` 51004 cr in the previous year corresponding period showing a growth of 22%. The vertical has covered 5.96  cr lives under its Social Security Schemes.

The Corporation as at December end 2017 collected over ` 2,23,854 cr of Total Premium Income as compared to ` 2,00,818 cr collected during the corresponding period last year showing a very robust growth of 11.47%

Commenting on the results, Mr. V.K Sharma, Chairman, LIC of India, stated “Our performance is in line with our expectation. The Corporation has recorded healthy results based on its strong fundamentals and core values.  Trusted customers across the country have supported and enabled us to report a robust financial performance.

We endeavour to drive both customer satisfaction and profitability and focus on technology to constantly improve customer experience & organizational efficiencies.”

About Life Insurance Corporation of India:

Headquartered in Mumbai, LIC has 8 Zonal offices, 113 Divisional offices, 2048 Branches, 1408 Satellite offices and 1238 Mini Offices to serve the nation. LIC holds a stature of a strong financial organization with governance and transparency as its hallmarks.

LIC continues to be the dominant life insurer even in the competitive scenario of Indian insurance with a market share of 74.15% in policies and 72.17 % in first year premium as at 31.12.2017 (As per Life Council Report).

The Corporation which was started with an initial capital of ` 5 cr , subsequently raised to ` 100 cr has built a formidable institution with assets worth over ` 28.51 lac crore. Today LIC is servicing about 29 crore policies. LIC has been constantly striving to give a delightful customer experience to its policyholder in form of expeditious claim settlement and various facilities with extensive use of technology

LIC stands out as the most trusted brand in the industry due to its phenomenal performance and ability to deliver as per policyholder’s expectations. It has stood the test of time for 61 years and today is an ‘icon’ of trust, confidence and reliability. LIC not only touches millions of lives with the gospel of insurance but also plays greater role by going much further through the numerous nation building projects with investments in Infrastructure and Social Sector which includes Projects/schemes for generation and transmission of Power, Housing Sector, Water Supply and Sewerage Projects, Developments of Roads, Bridges & Road Transport.