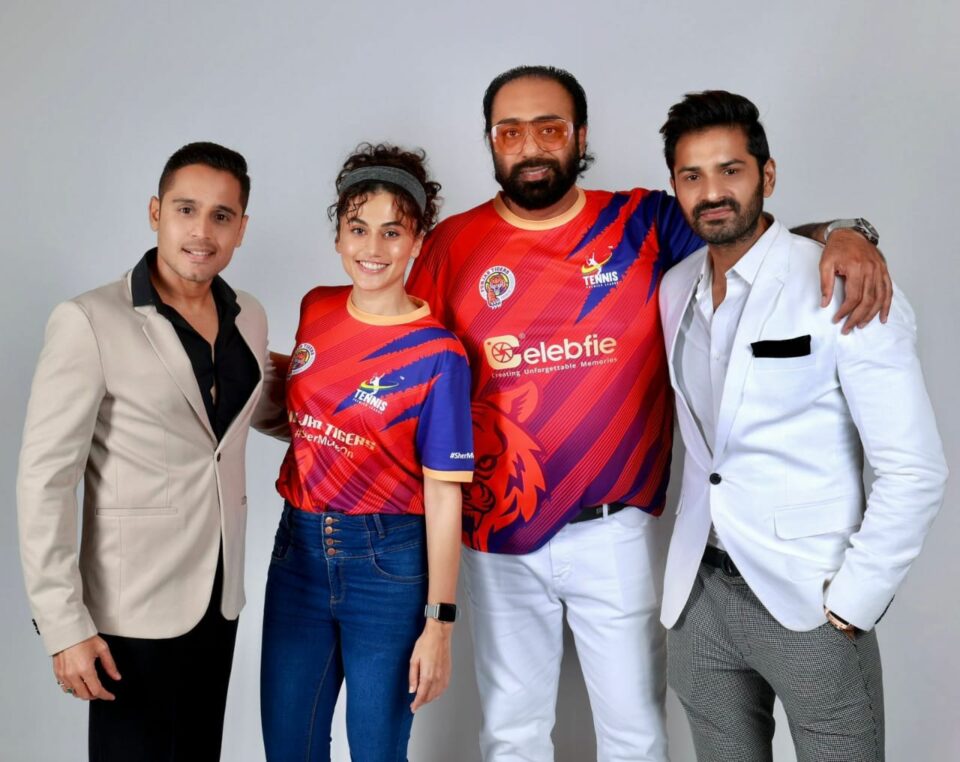 Pune, 22 September 2022: Punjab Tigers is the latest franchisee that has become part of the Tennis Premier League and is all set to compete in the fourth season of India’s premier tennis tournament. The TPL packages traditional tennis into a highly entertaining tournament to capture the imagination of fans. It is the tennis equivalent to the Indian Premier League, and is returning for their fourth season this year. The competition will run from December 7th 2022 to December 11th 2022. The Punjab Tigers will compete against the likes of the Pune Jaguars, co-owned by Sonali Bendre, and Mumbai Leon Army, co-owned by Leander Paes, to name a couple of teams.
All franchises will play a total of 4 matches to qualify for the semi-finals. Men’s Singles, Women’s Singles, Mixed Doubles and Men’s Doubles will be played between each franchise. There will be 80 points at stake in each tie between two franchises where each match would be worth 20 points. Each team will play a total of 320 points (80 points x 4 matches) at the league stage. All games of the Tennis Premier League will be played in the Balewadi Stadium in Pune. The Tennis Premier League will be conducted in association with the All-India Tennis Association (AITA) and Maharashtra State Lawn Tennis Association (MSLTA).
Mr. Raminder Singh, co-owner of the Punjab Tigers, who himself has played basketball at the national level, expressed his delight about becoming a part of the Tennis Premier League as he shared, “I have been a sports person and athlete all my life. In my younger days, I played national-level sports, so, I know the extra value sports bring to one’s life. Thus, when I saw that I could add value in supporting and promoting Indian athletes not only in India but internationally as well, I was keen to get into the league and contribute in whatever way was best.”
Raminder Singh is the Founder & CEO of Celebfie, the world’s first and fastest growing fan experience, and celebrity engagement platform. The Dubai-based entrepreneur is considered by many as a man with a great vision.
Mr. Singh further added, “Endeavours such as the Tennis Premier League, has already helped popularise the tennis more, especially with the format the TPL has adopted, which is almost like a fast-paced T20 concept. I feel it encourages more viewing and viewers, which in turn helps the whole ecosystem of tennis in India. I am sure with the great success of the last three seasons, the fourth season is going to be much bigger and better.”
Taapsee Pannu, the PAN India actress, is the co-owner of the Punjab Tigers alongside Raminder Singh. She expressed her jubilation on becoming the co-owner of the Punjab Tigers, as she said, “I have always been a sports and fitness enthusiast. I believe sports has the power to not only help a person attain physical fitness but also great mental fitness. I have played the role of on an athlete on screen many times and it has shown me the discipline and hard work one requires to make it to the top of any sport. I am extremely excited for the league to kick-off because I properly immerse myself in the match and become a fan. I am sure the league will further help unearth the potential of tennis in India.”
“I am looking forward to competing with all the other teams in the Tennis Premier League.” concluded Pannu.
Taapsee Pannu who in the past few years has featured in movies where she plays a sportswoman, such as, Shabaash Mithu, Soorma, Rashmi Rocket and Saand Ki Ankh. The beauty has always been an advocate of fitness and sports being part of one’s daily life.
Kunal Thakkur, the Co-founder of the Tennis Premier League, expressed his elation about the Punjab Tigers becoming part of the premier competition, “It is great to have a team from Punjab as it is one of the most influential states in terms of sports in India. It is also amazing to see the league grow, which is great validation for us as people are recognizing the potential of tennis in India and are wanting to play a more active role in improving the sport and its popularity in the country.”
The Co-founder, Mrunal Jain, also expressed delight, “I think the Punjab Tigers joining the Tennis Premier League will make the league more competitive which in turn will make it more captivating for fans watching the matches. A new team joining the league is a testament to the excellent work the Tennis Premier League is doing to help the growth of tennis in India. I cannot wait for the new season to start and see the Punjab Tigers team in action.”
The battle for the prized Tennis Premier League trophy just got more competitive and better with the Punjab Tigers team marking its grand entrance into the Tennis Premier League.
The fourth season of the Tennis Premier League will be broadcast live on the SONY TEN 2 channels and the SonyLIV OTT platform starting from the 7th of December 2022.