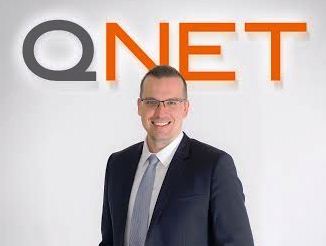 The direct selling business is today a $183.7 billion industry globally with more than 100 million people involved in it. In India, an estimated 40 lakh people are involved in this industry, and Indian companies here generated approximately $1.18 billion in revenues in 2015.

According to experts in the direct selling industry, changing demographics and employment culture throughout the world will ensure that Direct Selling transforms from being just an avenue for flexible earning, to a leader in the space of independent work.

In India, the growth in jobs has not kept pace with the rising number of aspirants. Labour Bureau statistics show that as of 2015 only 1.35 lakh jobs were created compared to more than 9 lakh jobs in 2011 and 4.19 lakh in 2013. Unemployment has been on the rise.

Kuna adds that  “The World Federation of Direct Selling Association (WFDSA) completed a socio-economic study in 2014 (conducted over a 10 year period) in the world’s largest direct selling markets: Brazil, Colombia, Canada, Japan, India, Korea, Mexico, Peru, Russia, South Africa, Taiwan, Thailand and the United States. In every single market, the industry was able to demonstrate its positive impact in areas in economic, fiscal and social contributions.”

Thought leaders in the industry such as Ms Chavi Hemant, Public Policy Expert on Retail and Non –Store Retail Industry states that “From creating entrepreneurs to sourcing of products made by Indian companies, and from online sales to evolving the entire value chain of product distribution,  the Indian Direct Selling Industry has had an all pervasive impact.”

What really seems to have changed in the recent times is the emerging regulatory and policy framework for the Direct selling industry.  Commenting on the new Direct selling guidelines issued by the Ministry of Consumer Affairs, Mr. Kuna says “This is a step in the right direction and it is about time the industry was regulated properly. Both Singapore and Malaysia have specific and strict direct selling and MLM legislation and QNet is fully compliant in these heavily regulated countries. The draft guidelines are a good first step, but we have a long way to go before we can compare with these international laws. The need of the hour is to formulate clear-cut laws to govern the direct selling industry in India which has been generating large scale self-employment and contributing to the exchequer.”

Advocate Vishwanathan Iyer, an Independent legal expert who has been observing the developments in the Direct Selling Industry says, “There is still no protection for genuine direct selling companies from the application of the Prize Chits and Money Circulation (banning) Act or other investment related acts. Media reports continue to refer to direct sellers as investors, which is misleading and incorrect. India should not scare away MNCs like QNet, Amway or Herbalife as they create jobs in India and boost SME sector”