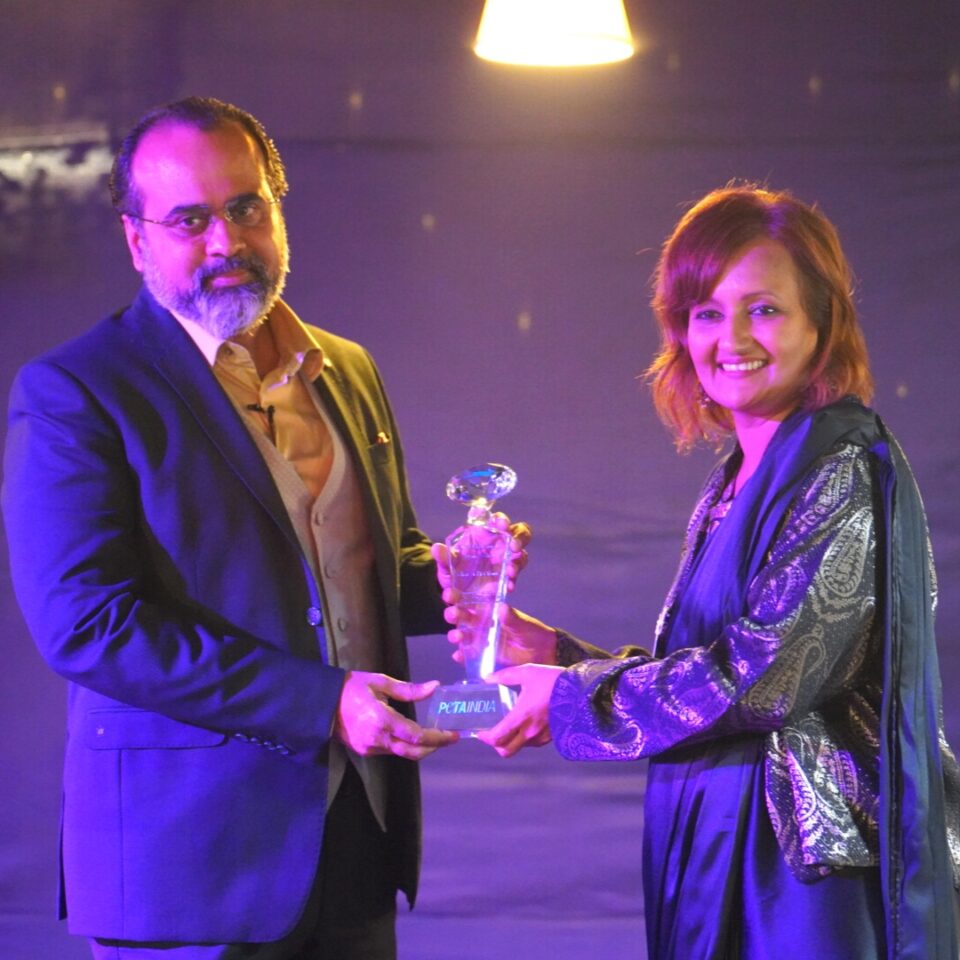 Mumbai- December 9, 2022. Acharya Prashant – an IIT-Delhi & IIM-Ahmedabad alumnus and an ex-civil servant – received the 2022 Most Influential Vegan award from PETA.

As Acharya Prashant says “Ahimsa is deep understanding. Without that understanding, whatever one does is violence. Veganism is nothing but the logical culmination of vegetarianism. Where does vegetarianism come from? The feeling that I will not kill the animal – I don’t want to harm the animal. That same feeling finds its final expression in veganism.”

With over 2 billion lifetime views on his social media channels, Acharya Prashant is responsible for introducing lakhs (hundreds of thousands) of people to veganism i.e. not causing unnecessary harm to animals, the environment, and to human health.

He is a social reformer, Vedanta teacher, and an advocate for women, animals, and the environment.

He notes “Food is probably the largest or second-largest contributor to greenhouse emissions. But we don’t want to talk about that. Carbon emitting food choices are mostly food choices that involve cruelty towards animals.”

About Acharya Prashant – Acharya Prashant is an IIT and IIM alumnus, an ICSE topper and an NTSE scholar, an ex-civil servant, and he has served in prominent organizations like GE Capital, ECS, and Bennett Coleman & Co before starting the Prashant Advait Foundation. He shares his teachings via social media, online discourses and lectures, monthly Vedanta Mahotsavs, and one-to-one counseling on various platforms worldwide.

With over 12,000 videos and articles available in Hindi and English, his body of work is the largest repository of spiritual wisdom available on the Internet. More than 20 million minutes are watched daily, with lifetime views of more than 2 billion. He has over 10 million social media followers. He is also a regular speaker at IITs, IIMs, and other prestigious institutions.

Acharya-ji’s fearless message has improved the lives of people, animals, and Earth itself. He has authored over 100+ books on important subjects such as Joy, Love, and Marriage to commentaries on the Scriptures, including his national bestseller, Karma, and his most recent book, Ananda. Recently, he has six of his books as best sellers on Amazon.