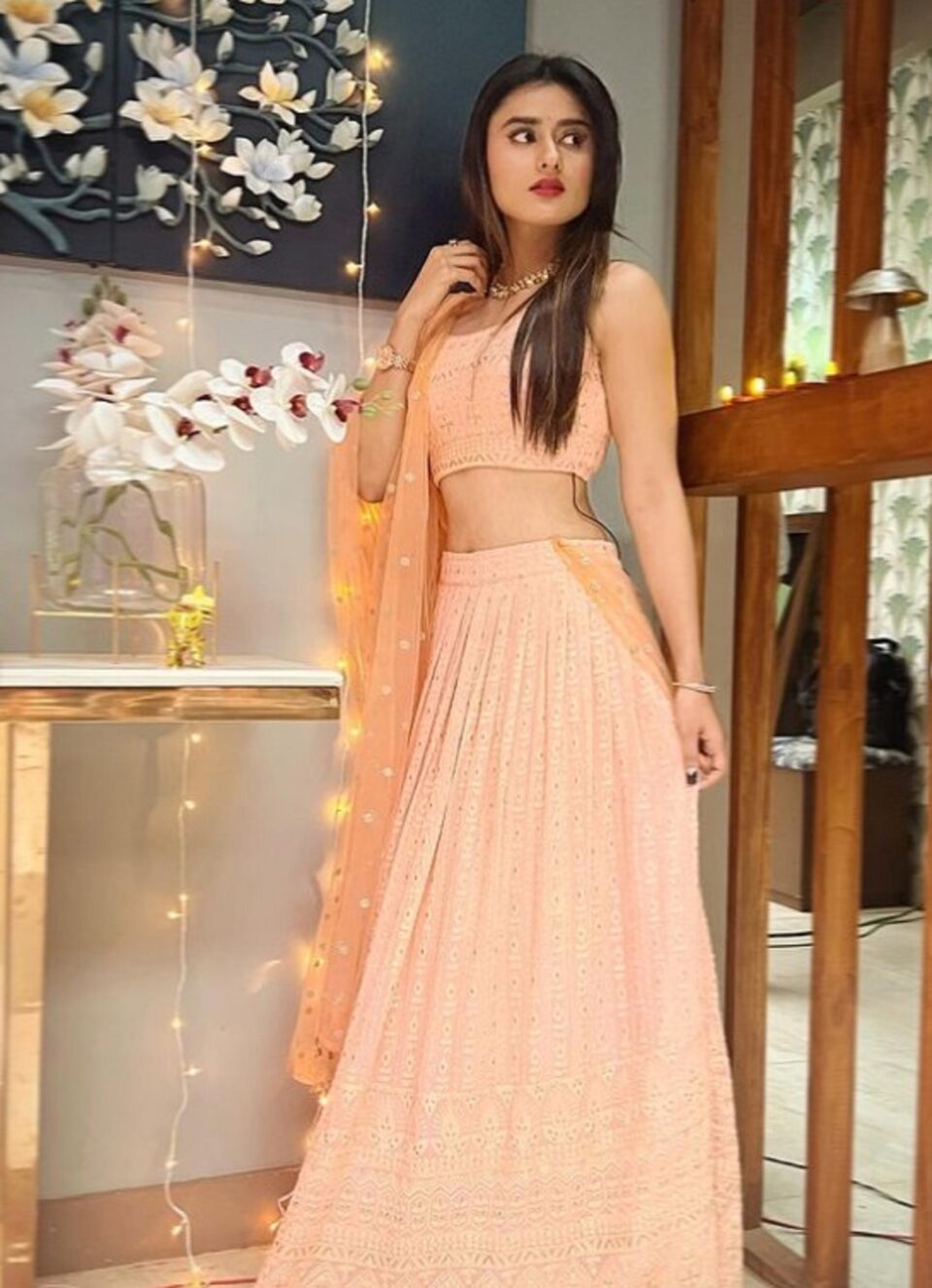 1) What do you think about Pushpa Impossible as a show and the character that you are playing? What was your reaction when you were approached?
Pushpa Impossible is a show that encourages people from all genders to live optimistically, surviving against obstacles in front of them. This show demonstrates impressive courage and determination through Pushpa, who struggles throughout to support her children after her husband is absconding. She never gave up in the face of adversity, and this same energy is passed on to our audience. When I was approached by the makers of the show to do the character of Dipti, I was excited. For a long time, I was engaged in negative roles, and I wished to do something positive like the current role of Dipti. The character of Dipti is bright, mature and has clarity about life. I am happy about doing this character since her maturity really teaches me a lot about handling situations. Undoubtedly, I am growing as an actor in this role and more as a human being.

2) The pairing on-screen is fantastic but tell us, how is your chemistry with Naveen (Ashwin) off the camera?
Naveen is a very supportive person and a gentleman at heart. We enjoy each other’s company a lot, and we have this understanding which creates the bond so realistically on the set. Before action, we are given some time to discuss our scenes, especially when we have scenes showing Ashwin and Dipti. There, his energy and support always boost me to do my best. Apart from work, we always look for fun and enjoy ourselves off-set!

3) What twist in your love story should the viewers expect from the upcoming track?
There are a lot of twists and turns that will come in the love story of Ashwin and Dipti. Right now, it is the phase just after marriage, so the couple is very much love-dovey, but no tale goes without some twists and turns. The audience will enjoy the upcoming tracks since there will be some exciting things coming up with a focus on slice of life situations.

4) Tell us about how you started your career and your first break?
My mother wanted to become an actress herself. Then I was born, and we were in Rajasthan. After that, we shifted to Mumbai, and I completed my schooling here. Somehow my mother got in contact with people in the acting industry, and she dreamt of helping me become an actress. Since childhood, I started taking workshops for acting and dancing, and before I knew it, I was in love with this industry. I got my first significant break in 2015 and worked for around a year and a half. I really enjoyed it, but it was challenging to cope since when one is starting from scratch it is very hard to act. There is a lot to learn. I was only 16-17 when I began acting in shows. Before that, I did multiple cameos and minor roles, but I started with advertisements. I was part of this chocolate advertisement, and I really enjoyed it when people would come and talk to me and recognize me from the ad.

5) What is the type of role that you would really love to play?
I would be excited to play roles like Padmavati from the movie Padmavat or Leela from Ram Leela. I have often played characters about real-life scenarios and storylines till now, so I would love to explore more variety since I have yet to get a chance to do many characters like Padmavati and Leela. I really hope to do so in the future.

6) What about the work-life balance? How do you manage?
Usually, acting doesn’t allow much time for other things in life. When you return home, you just want to have dinner and sleep. But during my days off, I spend time with my family and give them my full attention since it allows me to relax and release my stress. During my workdays, I don’t get any time to spend with the family and working as an actress in TV serials. You never get to know when the year just ended. It is challenging, but you learn to manage it well, eventually.

Watch Pushpa Impossible from Monday to Saturday at 9:30 PM only on Sony SAB!

BACARDÍ NH7 Weekender returns to Pune with Promises to Pulsate to Sounds of Iconic Music Maestros: Fresh Line-Up of Indie Talent from Across the Globe all set to Debut this season

The Cinema of the Future Debuts in the City of Bollywood; Welcome to World’s first Cinema LED Technology, ‘Onyx’ at INOX Malad – Adarsh Maharashtra