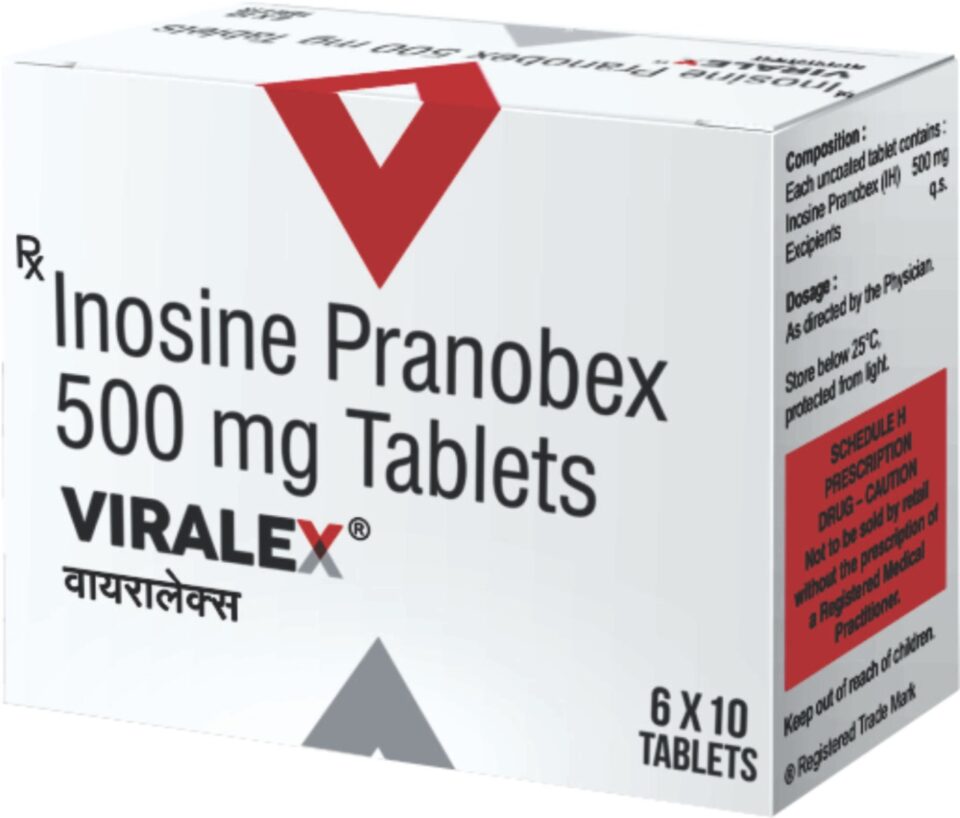 the fourth wave of COVID 19 is accompanied by a rise in respiratory viral infections during the rainy season, Themis Medicare’s VIRALEX® is an effective and safe drug for management of mild to moderate COVID and other acute viral respiratory infections.

VIRALEX®- Inosine Pranobex is the new option for COVID-19 treatment that is effective irrespective of the new variants . The benefit of VIRALEX® is that it is effective not just in COVID 19 but also in other viral respiratory infections. The safely and efficacy has been demonstrated through double-blind, randomised placebo control (considered as gold standard in clinical research) multicentre trial in India with the drug showing significantly early clinical response and cure. The trials were conducted during the Delta wave of COVID 19 and showed early improvement and complete relief from symptoms in patients who received VIRALEX®.

VIRALEX®- Inosine Pranobex has been approved for treatment of Influenza and other Acute Viral Respiratory Infections (AVRI) including COVID -19, Mucocutaneous herpes, Genital wart and Subacute Sclerosing Panencephalitis (SSPE) by the Drug Controller General of India (DCGI).

Inosine Pranobex is an immunomodulatory agent with an anti-viral action having established safety profile. It has been used effectively for the treatment of viral infections in several countries worldwide and the repurposing of the drug for COVID 19 follows the results of stringent double-blind randomized controlled clinical trials conducted by Themis Medicare Limited in India.

VIRALEX® action in the treatment of mild to moderate COVID-19 and other viral/respiratory infections is through its immunomodulatory and antiviral properties that bolster the body’s defences against viral infections by enhancing both innate and adaptive immunity. The boost to the immune system enhances immunity to offer early improvement and cure from symptoms. Due to its dual mode of action, this medicine is also useful in patients with co-morbidities and suppressed immunity.

VIRALEX® is an oral medication available in the form of a 500 mg tablet and is available only on prescription from a Registered Medical Practitioner.

#EngineeringChange – the latest campaign from Gillette, urging young India to discover the true potential of their education

Tech Mahindra Partners with Google, contributing to the launch of Street View in India