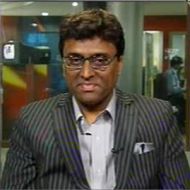 A St Kitts passport holder, he lives a lavish lifestyle out of Dubai and Kenya. He reportedly owns a house in Palm Jumeirah and another one in Arabian Ranches and a 3-bedroom Yatch; all of which have been purchased only recently. With businesses running in Dubai and Kenya he drives a Rolls Royce which he bought at age 45 and had been been based out of Kolkata until recently, when he fled the country considering the dangers of his financial impropriety playing catch.

The only other person who could come close to this description is Vijay Mallya. But this is not him. Umesh Parekh is the promoter and Managing Director of Kolkata-based jewellery firm Shree Ganesh Jewellery House (I) Ltd. Umesh is believed to be the mastermind and the key player in laundering funds out of India from the company. He is presently absconding, his name included in the list of fugitives. In a striking similarity to Mallya, Umesh has been living a flamboyant life with probably one difference. He is reported to be having 3 wives (all Indian), one in India (Kolkata) and the other 2 in Dubai and Kenya respectively.

So why is Umesh Parekh so much like Mallya? Big businesses have looted the Indian banking system of thousands of crores leaving it highly vulnerable in the wake of rising NPAs. Parkeh’s firm too is a generous contributor to this mess. Shree Ganesh Jewellery House (I) Ltd, has cases filed against its promoters by various law enforcing agencies. The first is an FIR filled with the CBI by the Regional Office of the State Bank of India in Kolkata for having forged documents for the purpose of availing loans from 20 nationalised banks to the tune of Rs 2,223 crore. The second is an equally intriguing case filed by the Department of Commerce with the DRI alleging violation of FEMA by failing to have achieved exports against the benefits it claimed for imports at its Unit set up in the SEZ.

But the joys of fleeing the country after having cheated banks to the tune of crores look to be having a very short life. Latest developments suggest that the scenario is now changing swiftly in favour of Indian banks. Led by efforts of the Government to bring to book fugitive elements who have looted and left the country seeking safe havens elsewhere, Indian banks are looking at recovering their funds very soon.

The promulgation of the Fugitive Economic Offenders Ordinance 2018 which provides for confiscating properties and assets of economic offenders including loan defaulters who flee the country and the rigorous follow-up with foreign legal systems to get culprits charged with economic offences in India back have finally began bearing fruit.

In a first, a UK court has ruled in favour of Indian banks permitting enforcement officers to enter the properties belonging to Vijay Mallya near London and seize assets. That brings the consortium of Banks closer to the Rs 9,000 crore they had lent to Mallya. This also puts on the higher side the probability of Mallya being extradited to India to face trial for the financial irregularities, including money laundering with which he has been charged with.

Others like Parekh have reason to worry. Action that could bring them back to India to face the law will soon be initiated. This spells some relief for the banking system which has been reeling under the pressure of stressed loan accounts. The Mallya ruling in London would surely have sent shivers down the spines of the likes of Umesh Parekh who until now had been seeking safe haven in countries abroad after having looted banks in India. The system seems to have woken up to the dangers of letting off financial offenders in the past and will surely get its hand on the likes of Umesh very soon.

On its 50th year, Ajmera Group and its residents take a step towards a “Greener Mumbai” – Adarsh Maharashtra